Thoughts on the 2016 UC election results.

Well, the dust has settled. After the widely-criticized failure of pundits and pollsters in the immediate aftermath of the 2016 American election, the Harvard Open Data Project launched SixteenThirtySix, the first-ever polling and prediction project undertaken at Harvard College for a student government election. Read our previous posts here.

We believe that Yaz and Cam’s formidable advantages on social media and with the freshman class will be a winning combination. We predict that, close behind them will be Eduardo and Alex, followed by Scott and Evan, with Grant and Alexander rounding out the field.

Quoted above is the prediction we published as polls closed after a three-day voting period. Not without a hint of controversy later that night, the election results were certified and released the next day by the UC Election Commission (below). 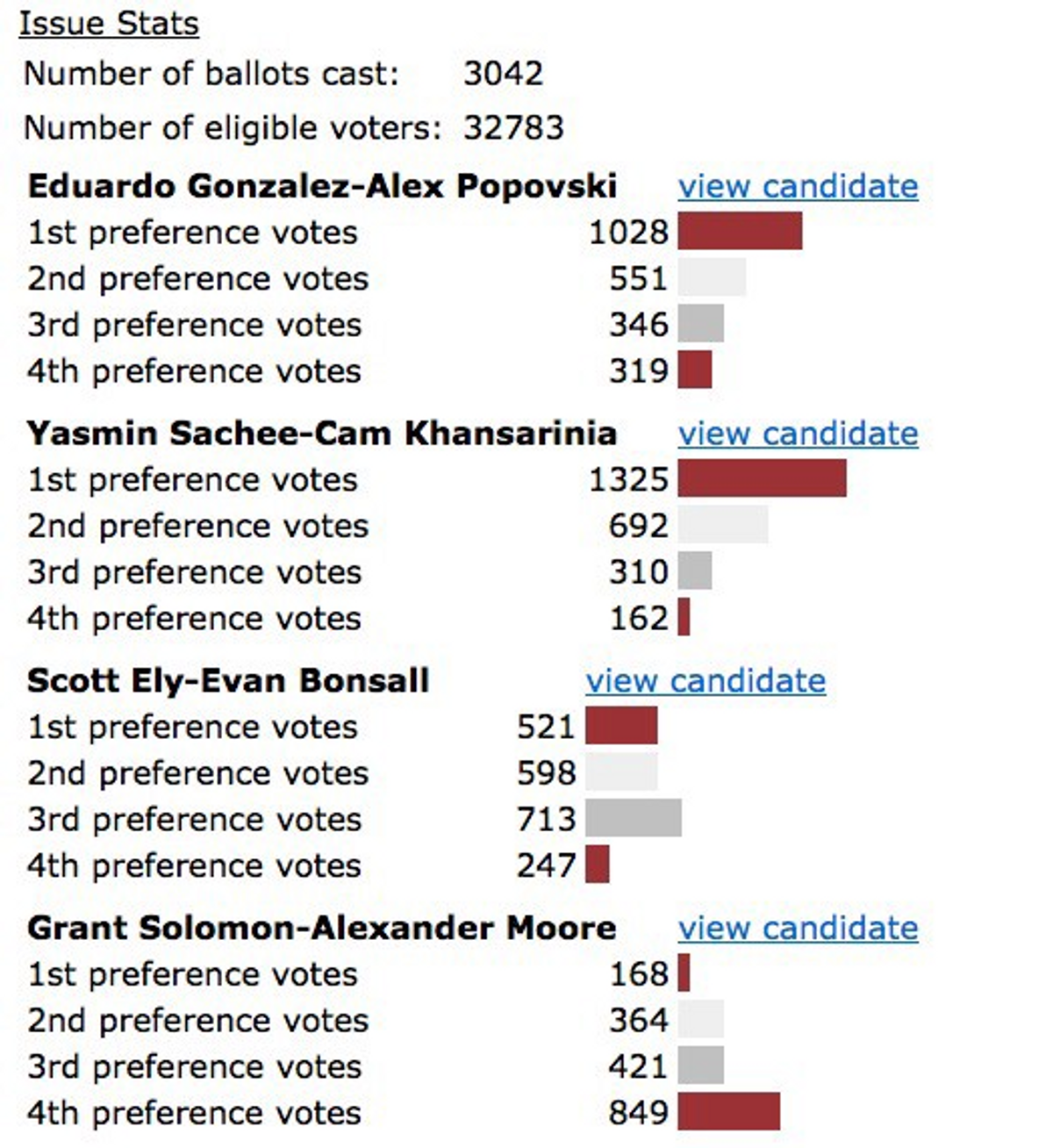 What does this mean for the future?

Until the time comes for SixteenThirtySix to predict another election at Harvard (we unfortunately missed the train on the graduate student unionization election), the Harvard Open Data Project will continue on working on other pressing projects, such as the development of a more accessible HUPD police log that will visualize locations of crimes on a map of Harvard’s campus, or analysis of HUDS data to minimize food waste in dining halls.

If you are at all interested in joining HODP or have a suggestion of a data-driven project we should pursue, reach out to me at ckuang@college.harvard.edu and let’s chat!