Where Do Harvard Students Want to Live?

A data-driven analysis of the housing preferences of the Class of 2021.

Athough the acceptance rate might have you believe otherwise, Harvard students care about boringly normal things. In reality, we all eat, sleep, and breathe just like everyone else. Where exactly we do those things, however, can have a profound impact on our college experience.

Harvard students are placed into freshman dorms in the summer preceding their first semester. As the year comes to a close, the students are sorted into undergraduate residential houses, where they will reside for the remainder of their college education.

Last year, the Harvard Open Data Project got 419 responses to our survey asking the class of 2020 to rank their housing preferences on a scale of 1 (most desired) to 12 (least desired).

This year, we decided to conduct the exact same Housing Day preference survey with an entirely new group of students. In just 5 days, we received 534 responses solicited mainly from email lists, a more than 25% increase compared to last year. 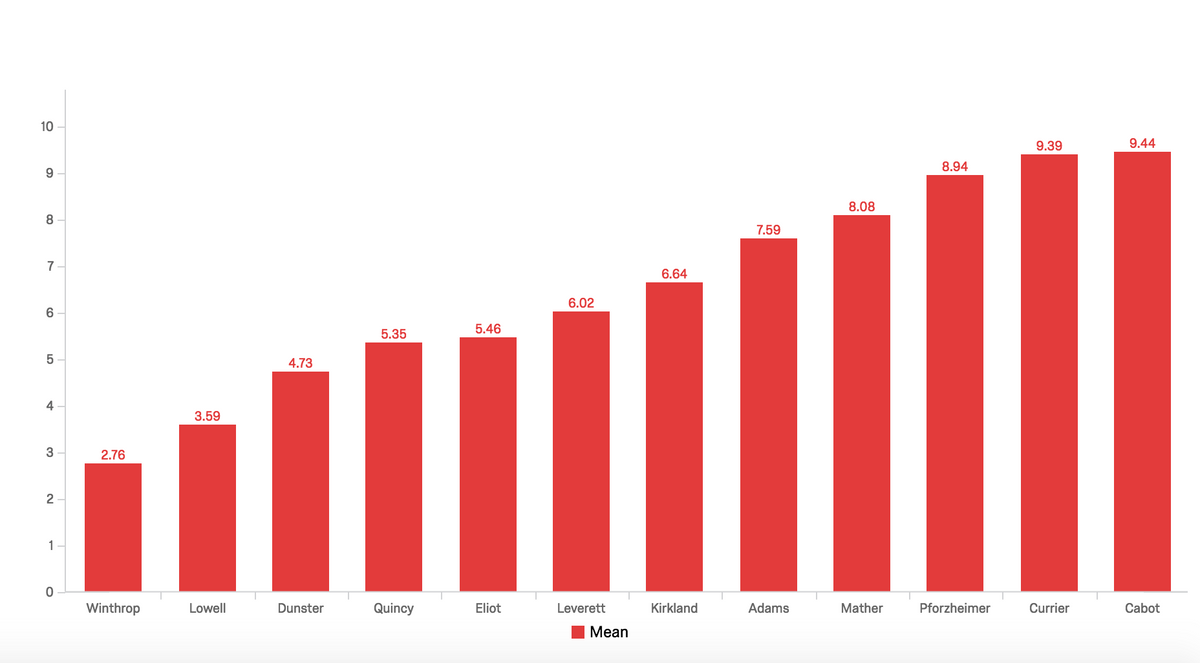 Not surprisingly, Winthrop house won by a landslide for the 2nd year in a row. Last year, Winthrop’s mean score was 3.41, and this year the house is even more favored with a mean score of 2.76. It’s easy to see why freshmen like the place; newly renovated Winthrop welcomed its first batch of residents in the fall of 2017.

Only 1 person, out of 534, listed Winthrop as their last choice.

However, newness isn’t without its drawbacks. Some students we talked to compared the colorlessly sterile Winthrop dining hall to a “luxury hospital.” Still, Winthrop reigns supreme for the second year in a row. 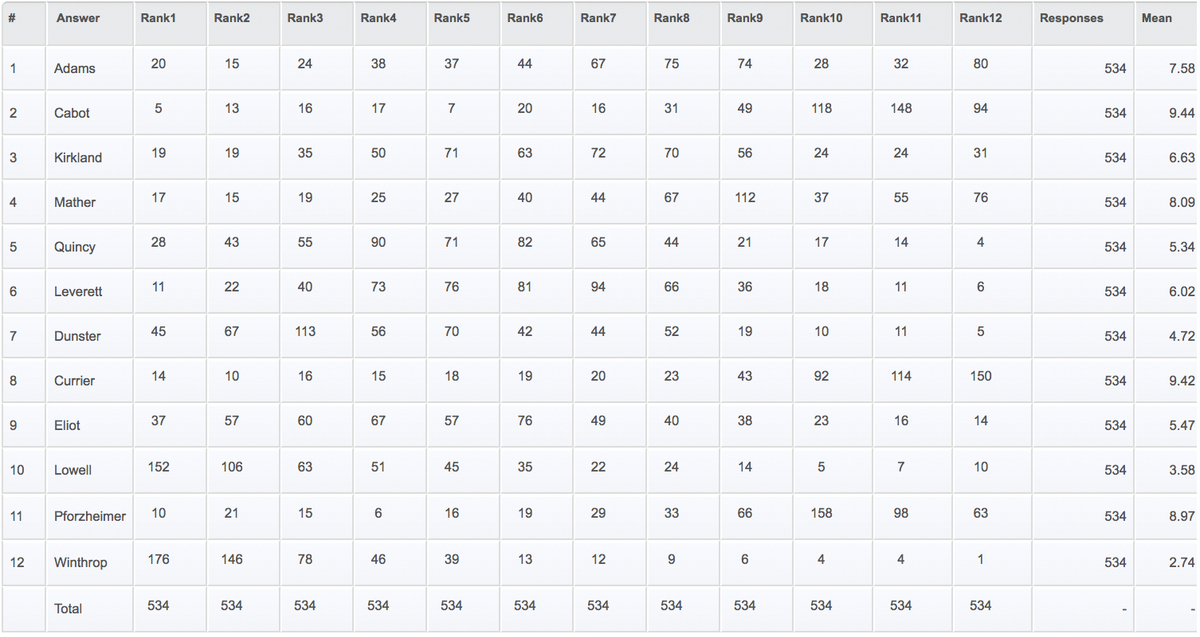 The number of votes that each house received.

Last year, Lowell House ranked 8th in desirability based on mean housing preferences. We hypothesized that this was due to impending swing housing and the lack of community that some feel it engenders.

However, the class of 2021 loves Lowell. Lowell rose from 8th place last year to 2nd this year — just 12 months later.

This surge in popularly may be due to the fact that the class of 2021 will only have to spend 1 year in swing housing before moving into the newly renovated house for the remainder of their time.

The shuttle ride didn’t get any shorter between this year and last. Pfoho, Currier, and Cabot were the 3 least desirable houses among the freshman class, most likely due to the .7 mile walk that separates the houses from the center of campus.

Despite the prospect of spacious rooms, a healthy separation between school and home, and a large green space often filled with cute dogs, the class of 2021 reacted unfavorably to the Quad as a whole.

Even the opportunity to spend more quality time with Dean Khurana was not enough to keep Cabot from its newfound position as Harvard’s least-desired house.

Traditionally, much of the negative feelings surrounding the Quad Houses are due to their distance from Harvard Yard. However, proximity to “the Yard” is not a guarantee of popularity among the class of 2021. Adams House, which is closest to Harvard’s main academic hub, slipped from 6th in last year’s ranking to 8th this year. Known as Harvard’s most “historic” residence, Adams is not without its quirks, both good and bad. Despite the fact that there is literally a room with gold on the walls, some parts of Adams are in need of major upgrading. Aside from the quad, renovations may play a larger role in housing preferences than location.

Mather House and Dunster house are geographical neighbors, yet their rankings are far apart (9th and 3rd respectively). Therefore, it is reasonable to posit that the preference for Dunster over Mather is due largely to Dunster’s recent renovation, not to its location.

The Most (and Least) Controversial Houses

The average rankings of each House, along with variance and standard deviation.

Based on standard deviation, preferences for Adams House appeared to be the most controversial in this year’s poll. The Gold Coast is next in line for renovations, but its multiple buildings and historical significance mean that the work will take place over three years, starting with Claverly hall. This unique construction schedule will likely limit the opportunities for upperclassmen to reside in swanky swing housing. According to current plans, all sophomores will live in the Inn at Harvard, with the majority of upperclassmen residing in the remaining un-renovated buildings. Perhaps the notoriously desirable Adams dining hall will be less crowded during the lunch rush, even if just temporarily.

Besides Winthrop (which was widely adored), preferences for Leverett House, which ranked 6th in this year’s poll, had the lowest standard deviation. This means that Leverett is one of the least polarizing Houses among the freshmen, who seem to agree that Leverett is the most average House. 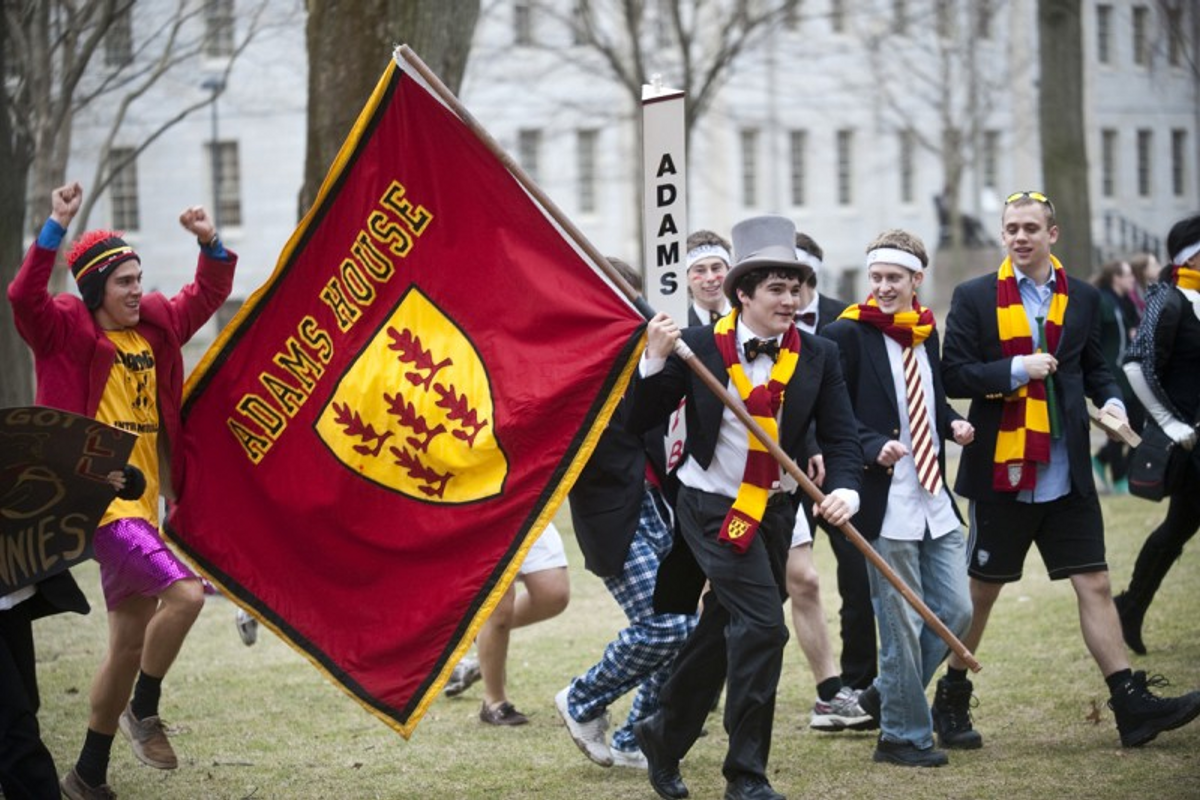 Full disclosure: I am In Adams House. (The Harvard Gazette)

Next Year: Will Lowell Beat Winthrop?

Throughout the past few years Winthrop and Dunster have consistently stayed at the top of the housing desirability ranks. Next year, we predict that Lowell will join them atop the rankings; the class of 2022 will likely look forward to being part of the first class to reside in its renovated glory. Lowell’s proximity to the yard, coupled with renovations, may lead it to surpass Winthrop in desirability ratings next year.

We predict that Eliot, Kirkland, and Mather will continue to fall in the rankings as they are surpassed by renovated houses. Eventually, we predict that the partial renovations of Quincy and Leverett may be forgotten, as they pale in comparison to the drastic overhauls of their neighbors.

Which House Is Best? Mine.

If you’re disappointed by the House that knocks on your door on Thursday, don’t fret. As we discussed last year, the vast majority of Harvard students end up loving their House.

We hope everyone has an awesome Housing Day. Keep your eyes peeled for more articles post-break.