Harvard’s annual Housing Day festivities are just days away, scheduled for the morning of March 9, 2017. Before the latest year of freshmen are sorted into their Houses for their next three years, the Harvard Open Data Project conducted a survey to measure the preferences of wishful freshmen.

In the spirit of open data, our raw survey data is available here. The visualizations used in this article can be found here.

This survey is part of a larger project seeking to use data to explore one of Harvard’s most popular traditions: Housing Day. Harvard administrators and deans have long insisted that the housing lottery used to assign freshman to upperclassman Houses is random, yet rumors and theories persist every year. We hope to see, once and for all, whether or not housing data supports this claim of randomness.

Our survey, sent over freshman dorm email lists to members of the Class of 2020, received 419 responses, a little over 25% of the freshman class.

Winthrop House was the runaway favorite in having the most first-choice votes, with Currier and Mather Houses finishing essentially tied for the most last-choice votes.

Further analysis of this data leads to several conclusions: 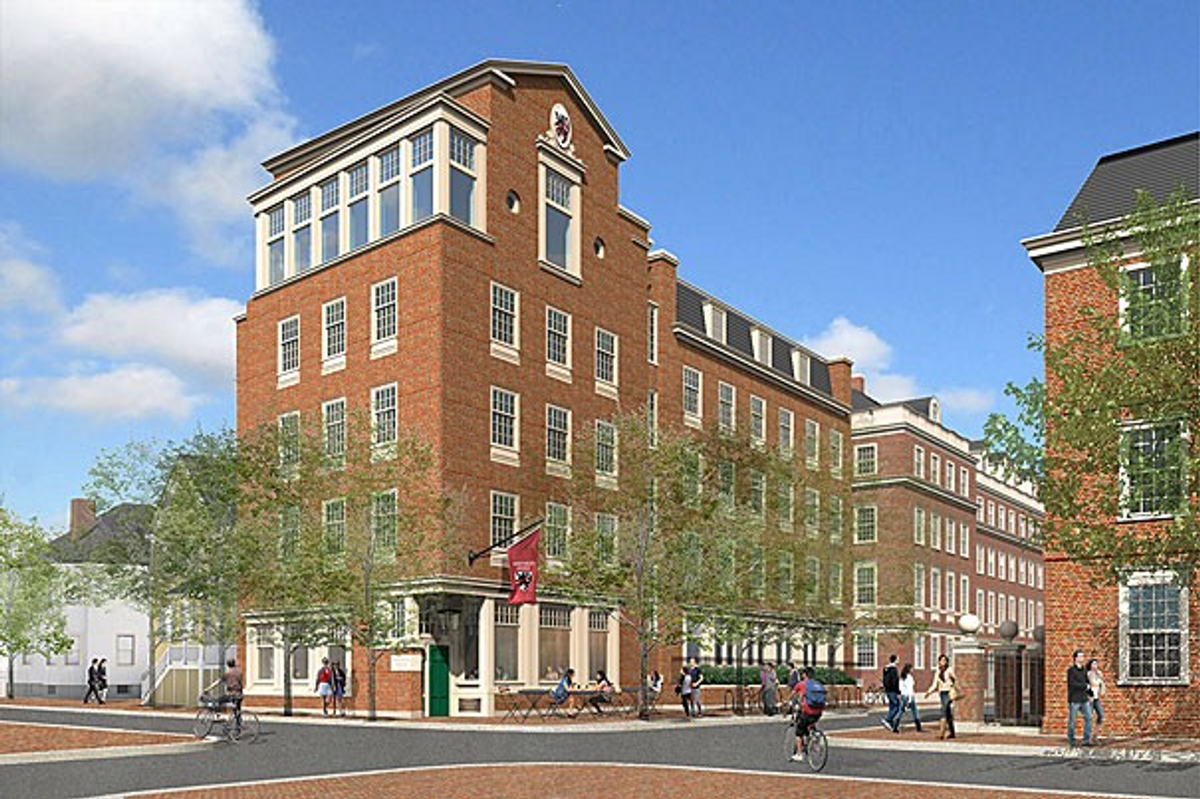 A rendering of the new Winthrop House. (Source)

As Harvard continues renovating upperclassman Houses as part of its House Renewal program, it is clear that construction is on the mind of all freshmen. Recently-renovated Dunster House and soon-to-be completed Winthrop House claim the top two spots when ranked by average preference. Though no students have seen the Winthrop House that they would move into in the fall, the hype is strong: over 40% of survey respondents listed Winthrop as their first choice House. 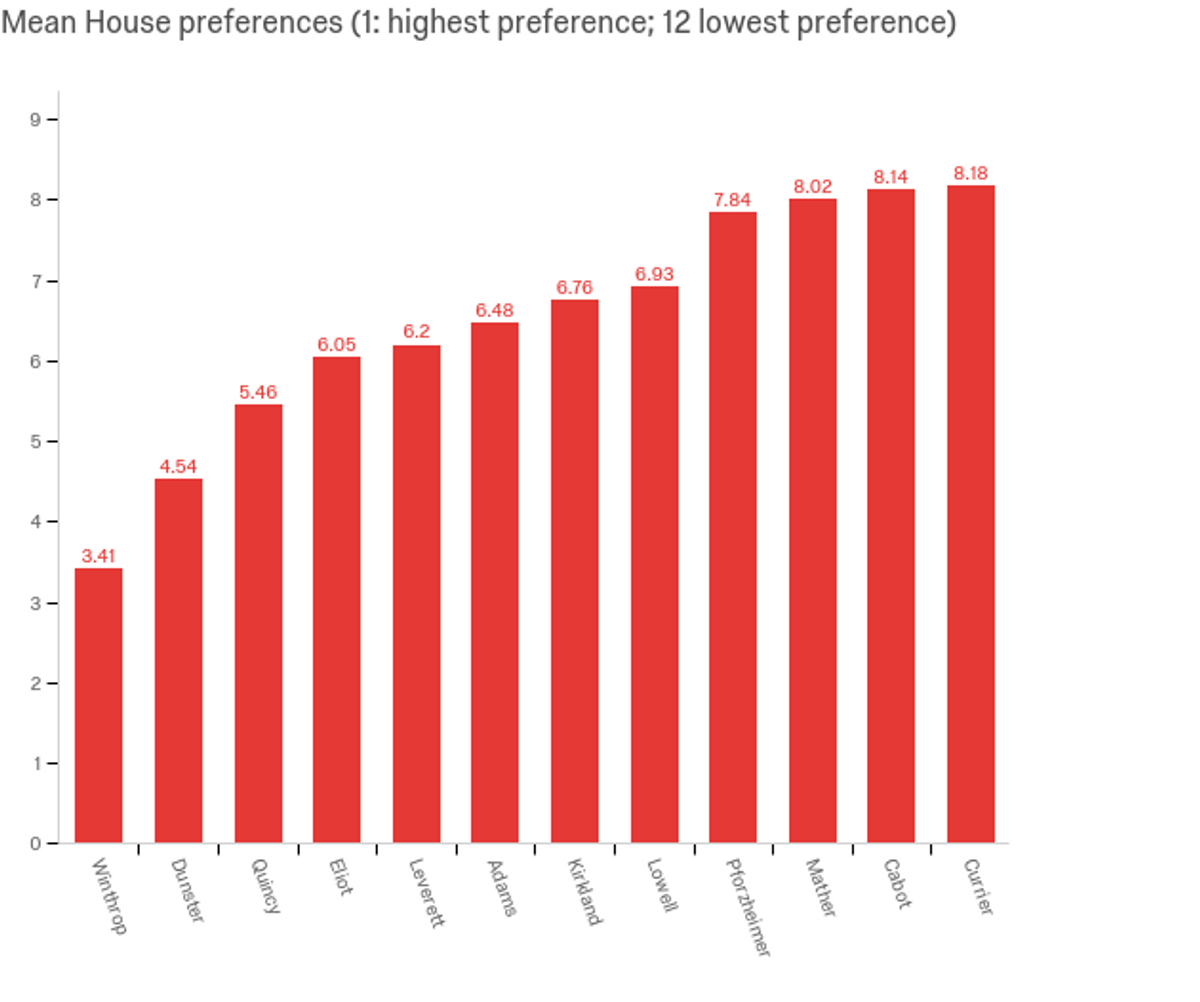 Similarly, Lowell House, which is slated for a two-year renewal beginning in Fall 2017, is not as popular among freshmen as it has been in past years. This can likely be attributed to “swing housing” arrangements scattered throughout Harvard Square that many students feel can negatively impact a House’s sense of community. 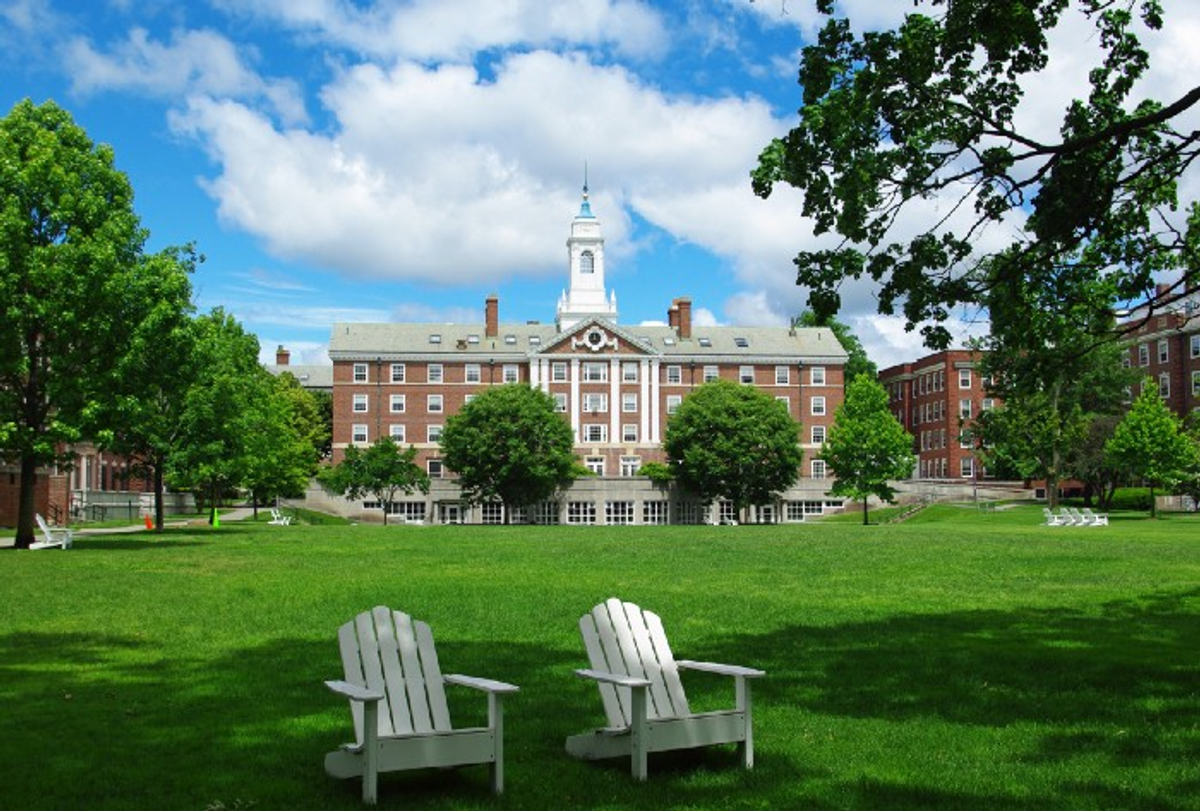 Perhaps unsurprisingly, the Houses (Cabot, Currier, and Pforzheimer) located in the Radcliffe Quadrangle, commonly referred to as the “Quad,” occupy three of the bottom four average freshman rankings. While the Quad is only a 16-minute walk or 5–minute shuttle ride from Harvard Yard, it is still a drastic change for freshmen acclimated to the convenience of living in the Yard. A similar argument can be made for Mather House, which occupies the remaining spot in the bottom four.

Though the three Quad Houses and Mather are conveniently serviced by Harvard shuttles and are known for having singles within suites, otherwise a rarity for sophomores, distance remains a factor on the forefront of the minds of freshmen. 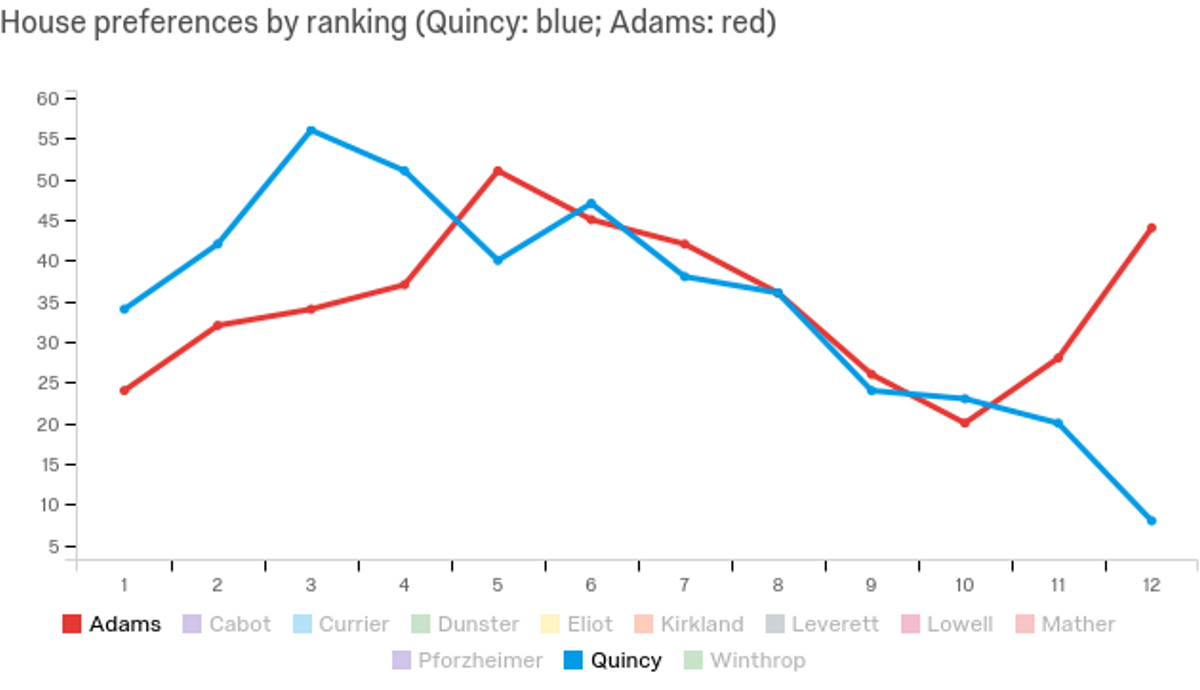 An interesting distinction can be drawn between Adams and Quincy Houses, which are the two Houses located closest to Harvard Yard. Both rank favorably among most students, but there is a distinct spike in 12th place rankings for Adams House. Why this is the case is unclear.

Middle of the Road 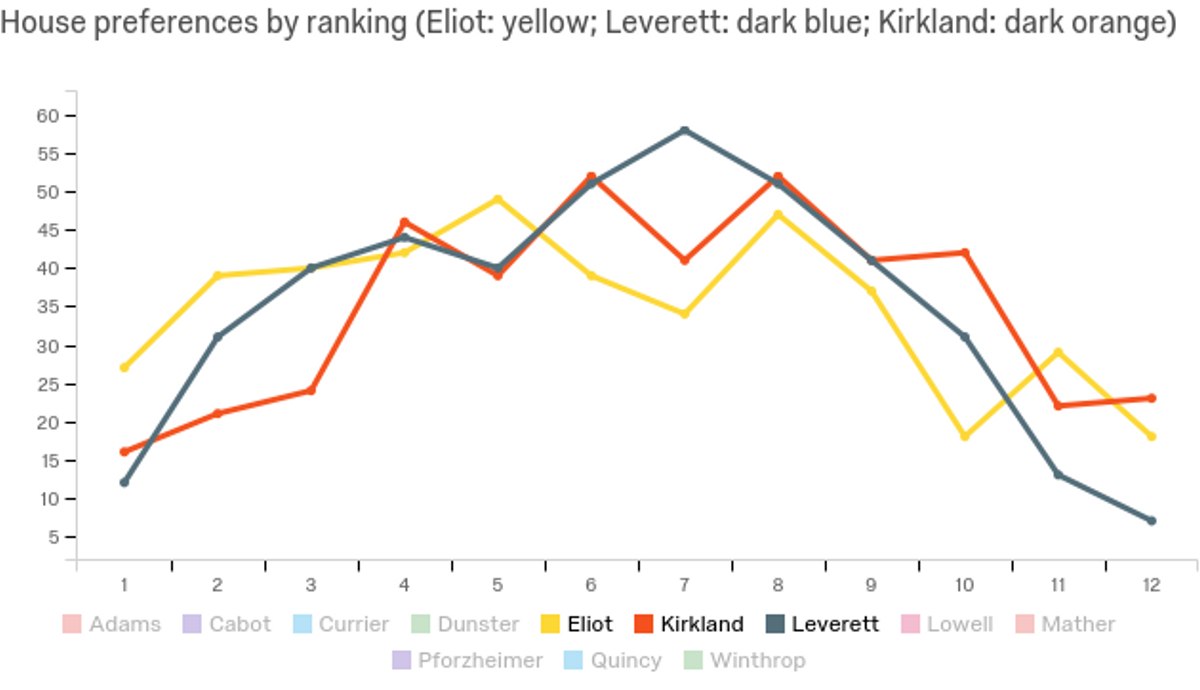 An interesting trend arises in the breakdown of survey results. A trio of Houses (Kirkland, Leverett, and Eliot) have preference peaks in spots 5–8. These Houses seem not to be first-choices, nor last-choices, but consistently middle of the road in the minds of freshmen.

At the End of the Day…

We recognize that this survey has no bearing on proving/disproving the randomness of the Housing Day lottery. As a freshman, I can vouch for the advising system’s (proctors, PAFs, resident deans) recommendations not to grow overly attached to a House. But that shouldn’t stop people from dreaming of luxurious riverfront courtyards, the wide expanse of the Quad lawn and singles, or the convenience of living in Adams.

A 2015 House Life survey conducted by The Harvard Crimson suggests that an overwhelming majority of upperclassman are satisfied with their assigned House.

“So even if freshmen are momentarily dismayed on Thursday morning, they can be reassured by the experiences of generations of Harvard students before them who loved their assigned House.”

Some of the Class of 2020’s lowest-ranked Houses have higher satisfaction rates, on average, than the field. The same Harvard Crimson survey showed that residents of Cabot and Currier Houses, both located in the Quad, were extremely satisfied despite their initial disappointment.

So 2020, whoever comes knocking on your door Thursday morning, know that you are bound for three fantastic years of House life. May the Housing odds be ever in your favor.