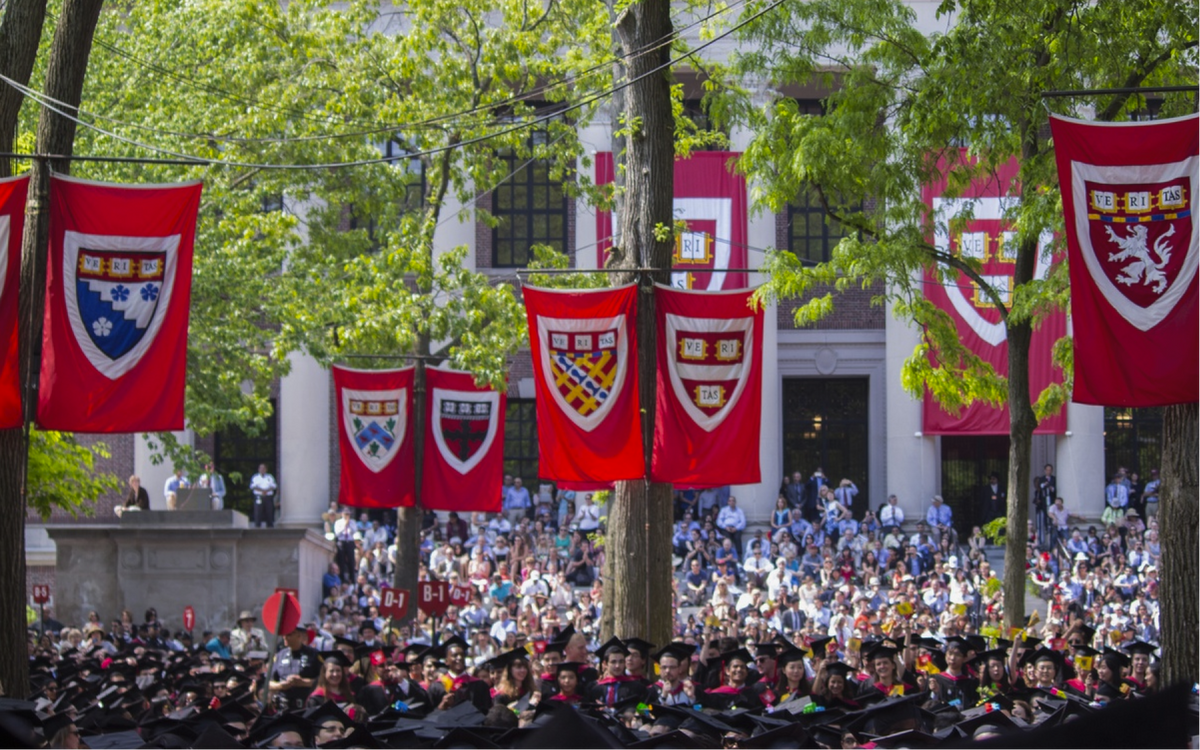 The Evolution of Post-Graduate Destinations

Much has been said of the increasing geographic diversity of Harvard College students. Harvard’s website brags of attracting students “from all 50 states and over 80 countries.” 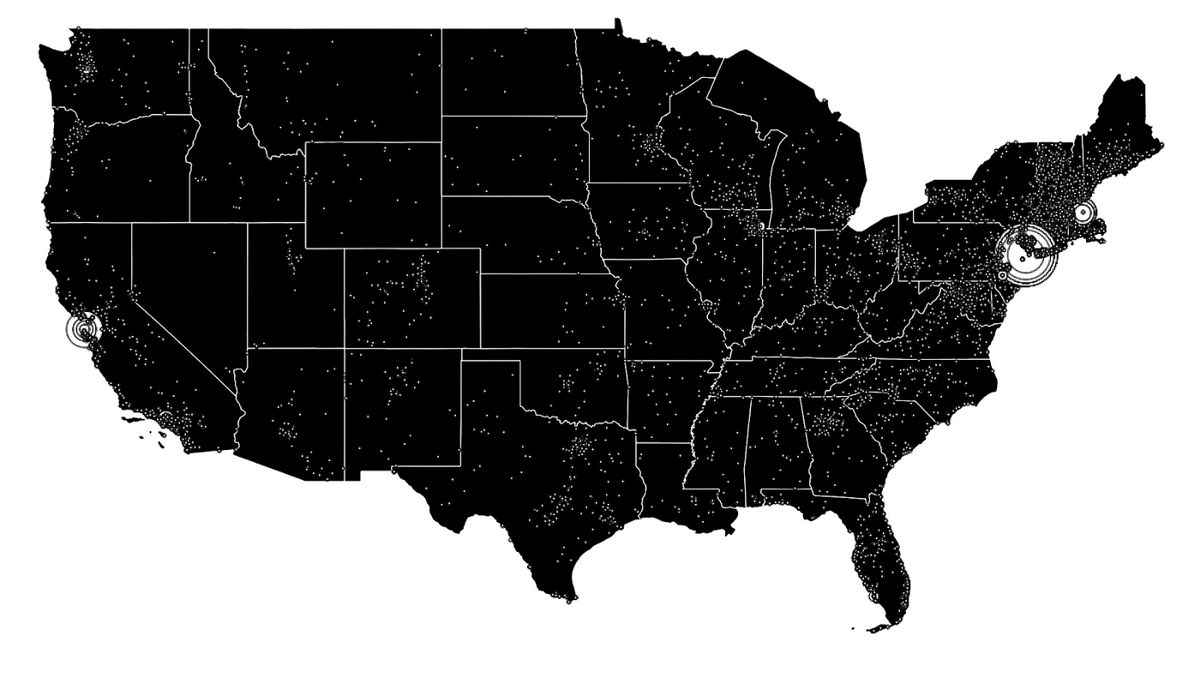 But how does this geographic diversity translate into life after college? In short, it doesn’t.

Using location and graduation data available through the Harvard Alumni Directory, Harvard Open Data Project (HODP) was able to map the rough locations of the majority of college graduates from the class of 1950 up to the class of 2019. The map (above) shows an overwhelming concentration in major cities like New York, Cambridge, and San Francisco, as well along the east coast.

The data does show a significant deviation in alumni geography by class year. The gif (below) highlights the changes. Recent graduates are more likely to live in San Francisco, Los Angeles and Cambridge, whereas older graduates are a little more spread out and less concentrated in major cities.

A third graphic (below) shows total alumni geography by state. Unsurprisingly, alumni are concentrated in California, Massachusetts, and New York, followed by Texas, Florida, Maryland, Virginia, New Jersey, Pennsylvania, and Connecticut. But what is far more striking is how much of the map appears blank. Forty states appear to have fewer than one thousand Harvard alumni (with locations in the database), including surprises like Illinois (985 residents) and Colorado (696 residents). North Dakota and South Dakota have just 80 combined alumni. Minnesota has just 66. 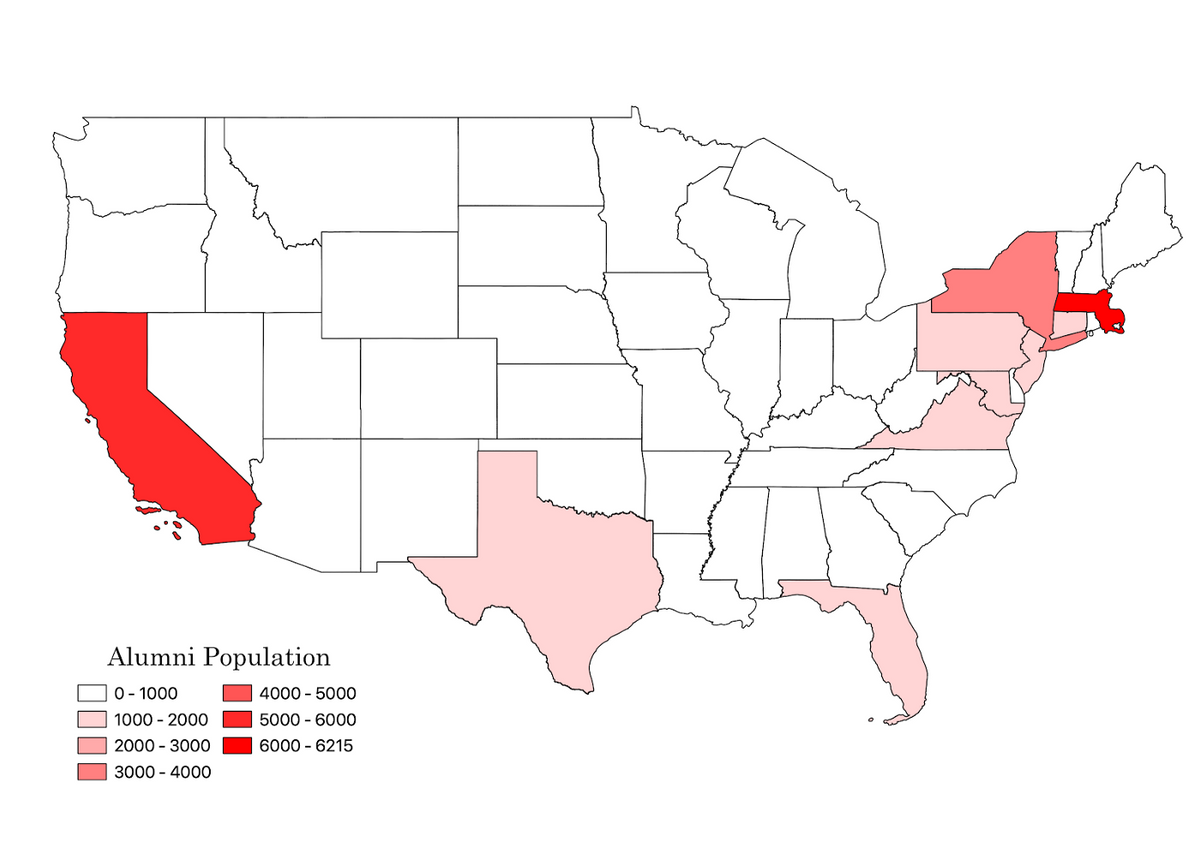 Alumni populations in each of the continental states for Classes of 1950–2019.

Students may begin geographically diverse, but the alumni data collected by HODP certainly does not support a diverse alumni population. Alumni are increasingly drawn to the same big cities in the same states. Over 40% of Harvard College Alumni live in Los Angeles, San Francisco, Boston, Cambridge, and New York City. Perhaps Harvard should stop solely focusing on their incoming students’ geographic diversity and start to ponder where their resources and connections are sending their graduates and how they can better equip their students to make an impact in their home states.