Social Media at Harvard in the Age of COVID-19

A look into social media usage at Harvard during the pandemic.

COVID-19 has required students to adapt to an online university entirely, with a significant portion of the Harvard student body living off campus. On-campus residential life and its social aspects have been stripped away for most, leaving mandatory intermingling within Zoom breakout rooms and lectures as the main form of contact with peers. As a result, the role that social media plays at Harvard has become more complex: in a world where students are isolated physically, how has their behavior changed with respect to virtual interaction? In light of this, we’ve turned to investigate just how the pandemic has impacted students’ social media habits, their general social media usage, and their connections.

The data used in this article was collected from a survey sent out by HODP across all class years at Harvard College. We reviewed 145 responses concerning a total of 9 social media apps: Facebook, Facebook Messenger, Instagram, LinkedIn, Snapchat, Twitter, WhatsApp, GroupMe, TikTok. We chose to assess these applications based on their widespread usage and focus primarily on creating communications between users. Our sample is predominantly made of first-year and second-year students, with a large female population.

[Note: Since many students have taken leaves of absences, we defined their class year as their “graduation year at matriculation”, i.e. their “social class.” ]

Social Media Usage: Instagram is the Most Popular Platform 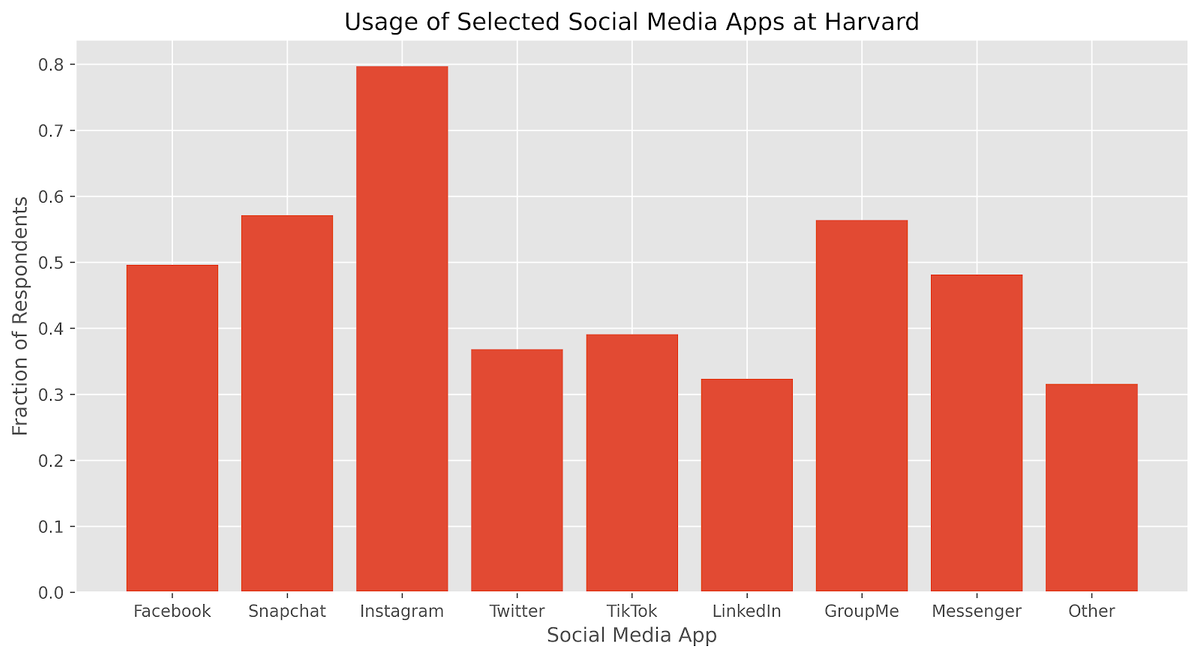 Figure 1: Instagram is Harvard’s most popular social media platform, with about ⅘ of respondents reporting regular use.

Instagram is Harvard’s most popular social media platform, with about 80% of students reporting regular use. Snapchat and GroupMe come in second with nearly 60% of respondents reporting use, followed by Facebook and Facebook Messenger at around 50%. Trailing those are Twitter, TikTok, and LinkedIn, along with other social media platforms like WhatsApp. This trend reflects the Pew Research Center’s findings on the U.S. population’s social media usage, with adults ages 18 to 24 strongly favoring Instagram and Snapchat over the average adult (Perrin and Anderson 2019).

Figure 2: Social media usage varies among students of different class years, with Instagram reigning supreme as the most used among all students.

Instagram is consistently used within class years, with at least 70% of the students surveyed in each year reporting to use it. Facebook usage seems to increase as class year increases, with Facebook least used among first years and most popular among third and fourth years. This is likely due to social networking and job searching near the end of most students’ college years. In comparison, the greatest use of GroupMe occurs among third and first years with 57% of the surveyed first years regularly using it. Through the creation of class and club group chats, GroupMe provides the class of 2024 the ability to connect with one another in the landscape of online learning. On the other hand, the class of 2023 uses Snapchat and Instagram most out of all the class years.

Figure 3: Excluding Instagram, Harvard students’ favorite social media apps vary by class year. Students had the ability to check off multiple purposes - percentages represent the percentage of the students of this class year that reported use of the platform.

Instagram rules as Harvard’s favorite social media app, with over half of students surveyed in each class year reporting it being one of their favorite apps. Following Instagram, other favorites vary based on class year. As seen previously with use, Facebook continues to be most popular among the classes of 2021 and 2022 with Twitter being most popular in the class of 2021 as well. In comparison, Snapchat and Tiktok are the most popular among the class of 2023. It appears that younger students favor platforms with a stronger emphasis on photos and videos (Snapchat, TikTok), while older students favor platforms that are more text-based (Facebook, Twitter). 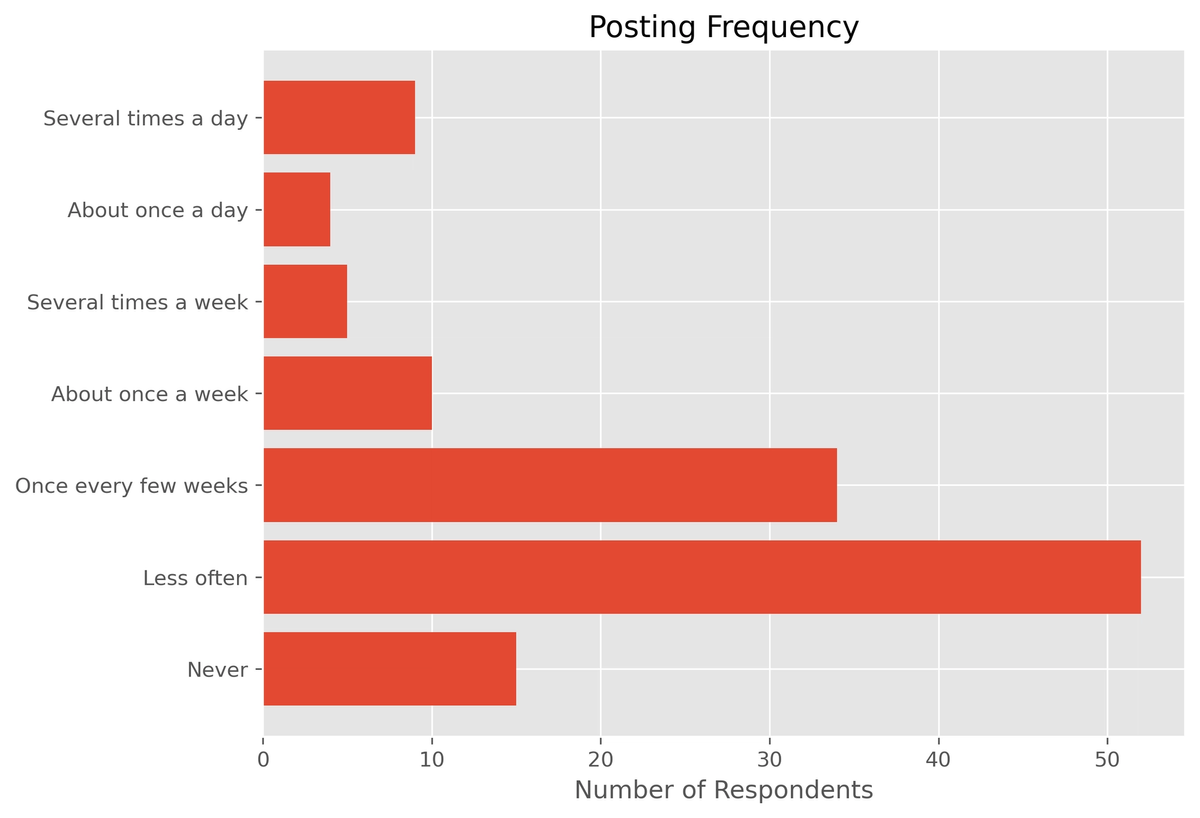 Figure 4: Most Harvard students report posting on social media less than once every few weeks. 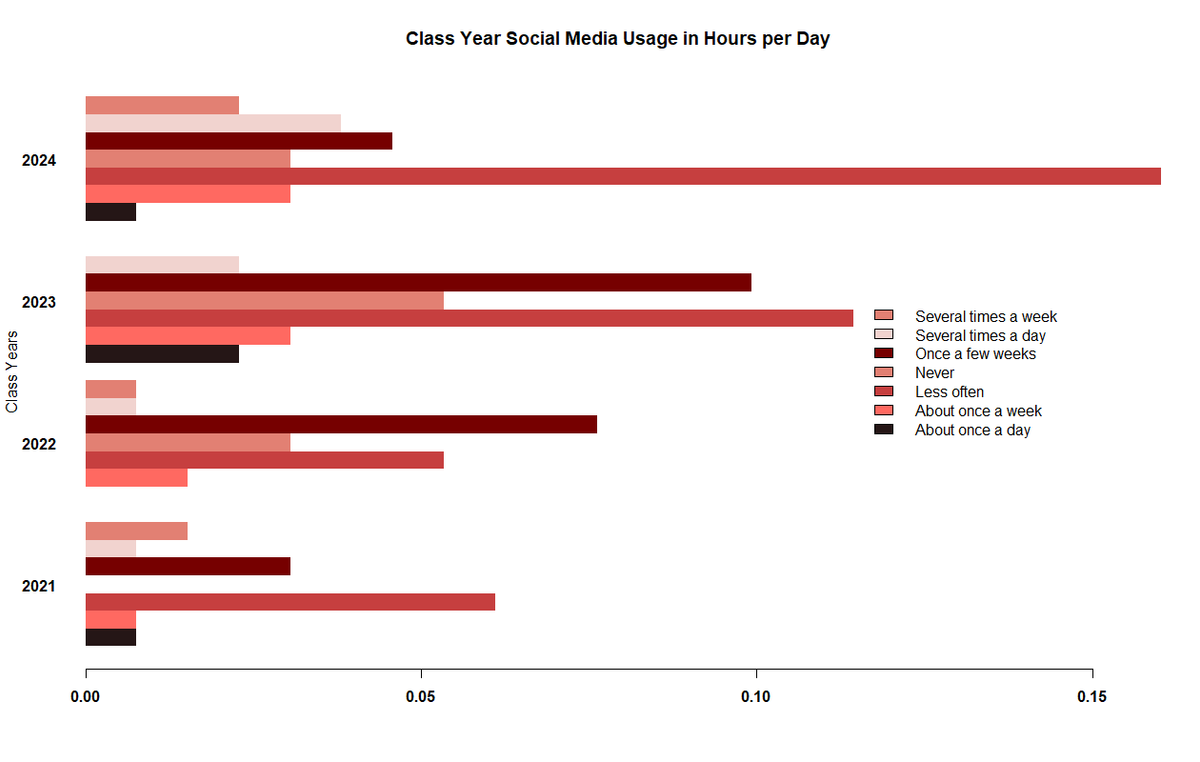 Figure 5: Members of the class of 2024 were most likely to report posting several times per day. 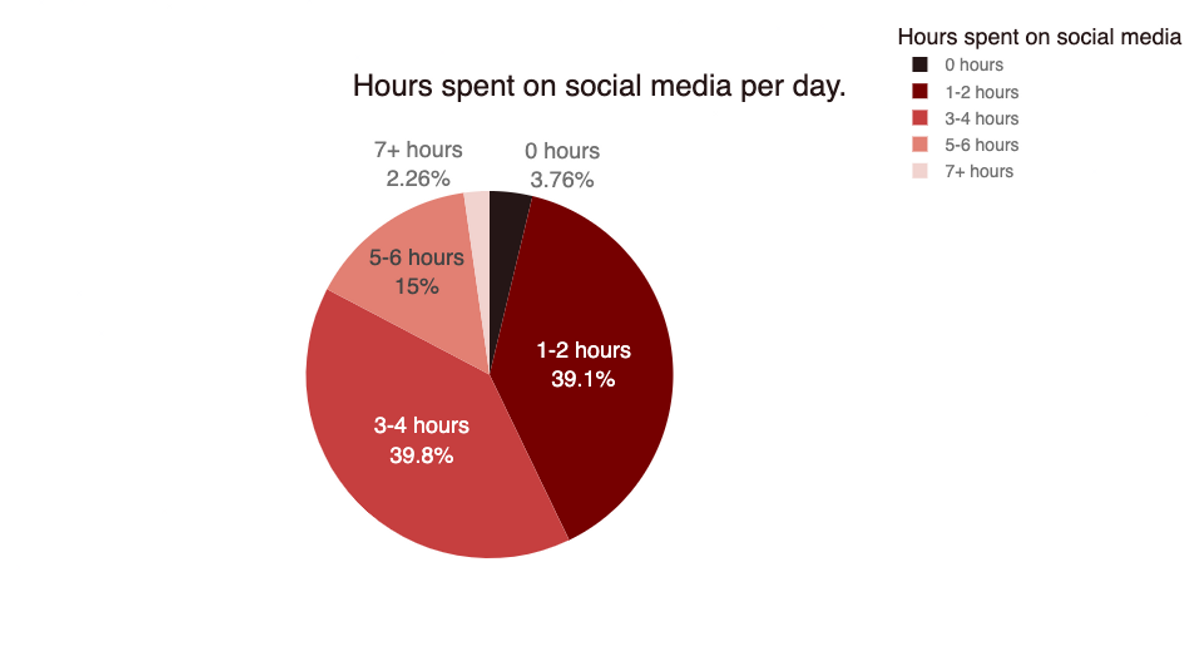 Our Connections & the Pandemic

As the pandemic has continued to impact every part of student life, we were curious to explore how Harvard students used social media before and during the pandemic as well as whether staying in touch with friends and family has dominated its use. We asked students about whether the amount of time they spend on social media has changed since the start of the pandemic along with questions concerning app usage and the purpose of using social media.

Figure 7: Purpose of social media use across class years. Students had the ability to check off multiple purposes - percentages represent the percentage of the students of this class year that reported use of the platform.

Contrary to our hypotheses, class years varied in what they dedicated their time to doing. For example, every class year except sophomores reported using social media to find entertaining content more than staying in touch with friends and family. This may be as a result of fall and spring planning which resulted in the majority of sophomores remaining off campus for 2020-2021. The first years seem to most evenly divide using social media to find entertaining content and stay in touch with their loved ones. 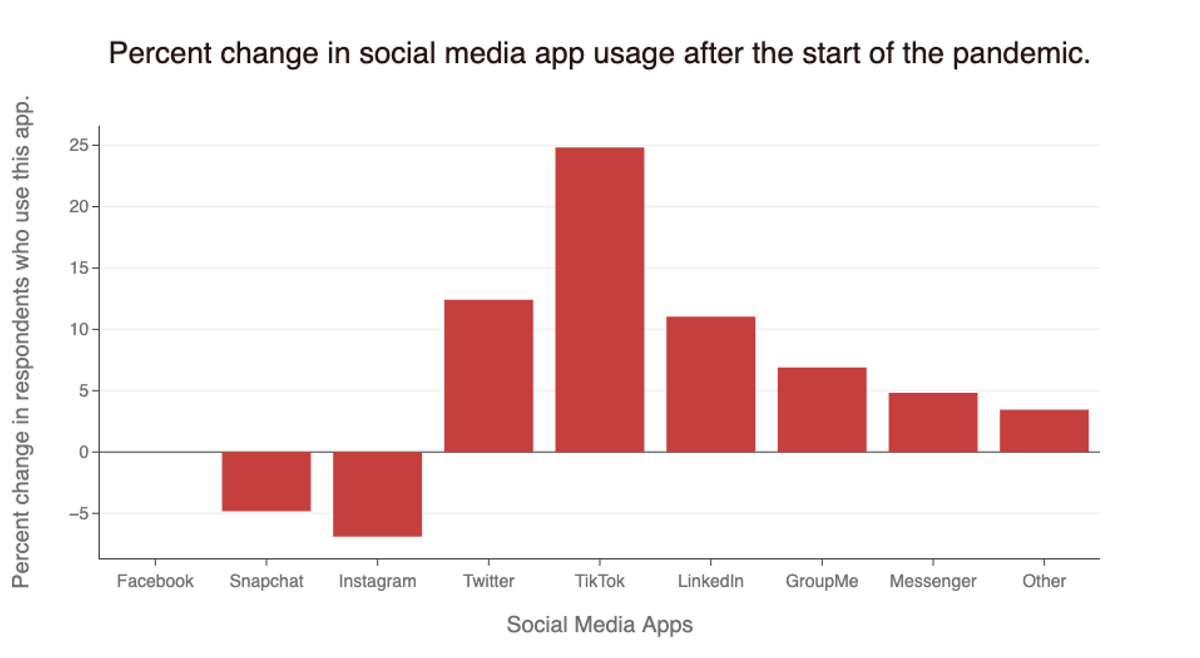 Figure 8: Snapchat and Instagram have seen drops in usage since the start of the COVID-19 pandemic while TikTok’s usage has soared. 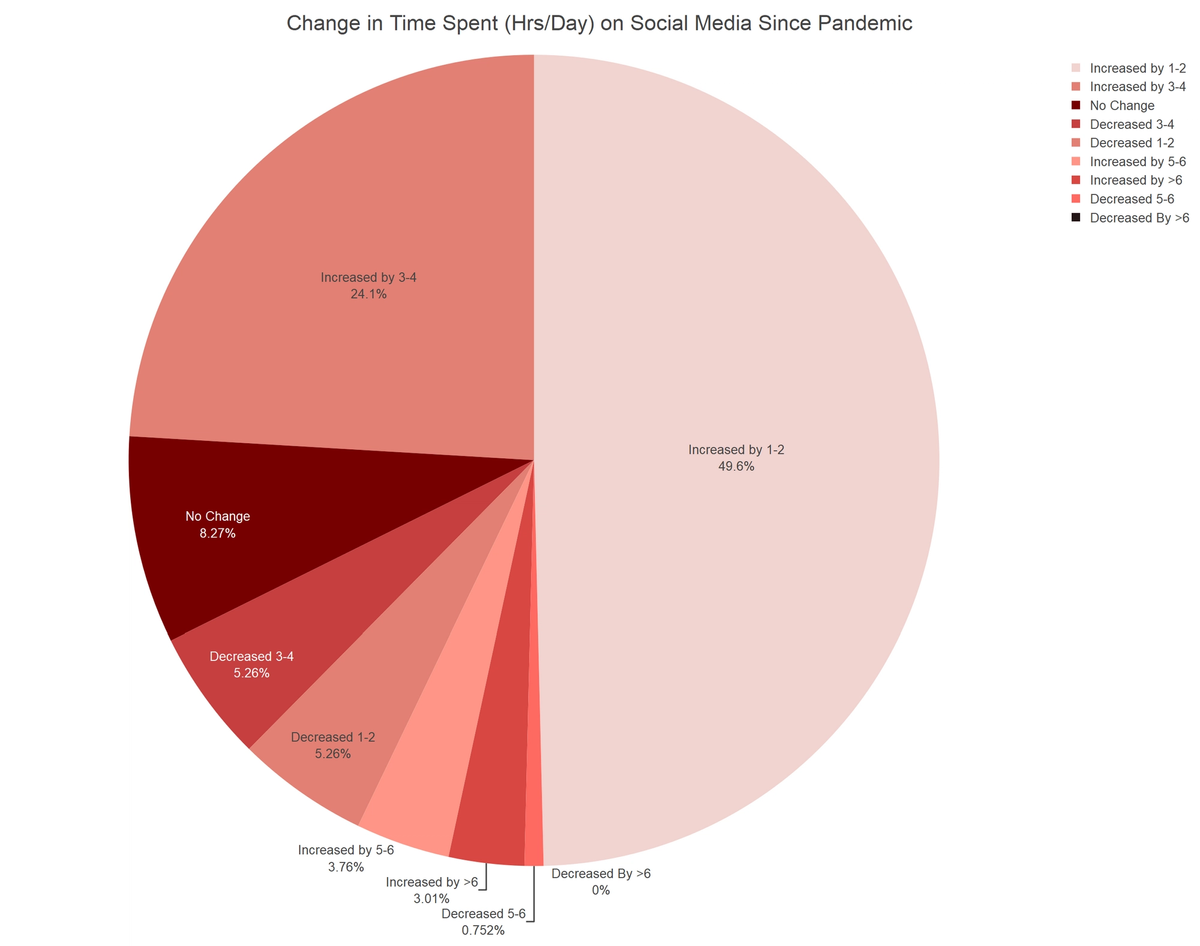 Figure 9: Student’s self-reported change in the time they spend on social media applications since the start of the COVID-19 pandemic in March 2020.

As a result of the pandemic, in-person interactions and friendships now rely more strongly on social media communication. Harvard students reflect a general increase in time spent on social media, and we wanted to analyze the relationships between students on social media.

To do so, we decided to look at self-reported popularity on social media. How popular do students think they are online, and how does this relate to their social media usage? We asked our respondents to rate their online popularity on a scale from 0 (not popular at all) to 4 (very popular). 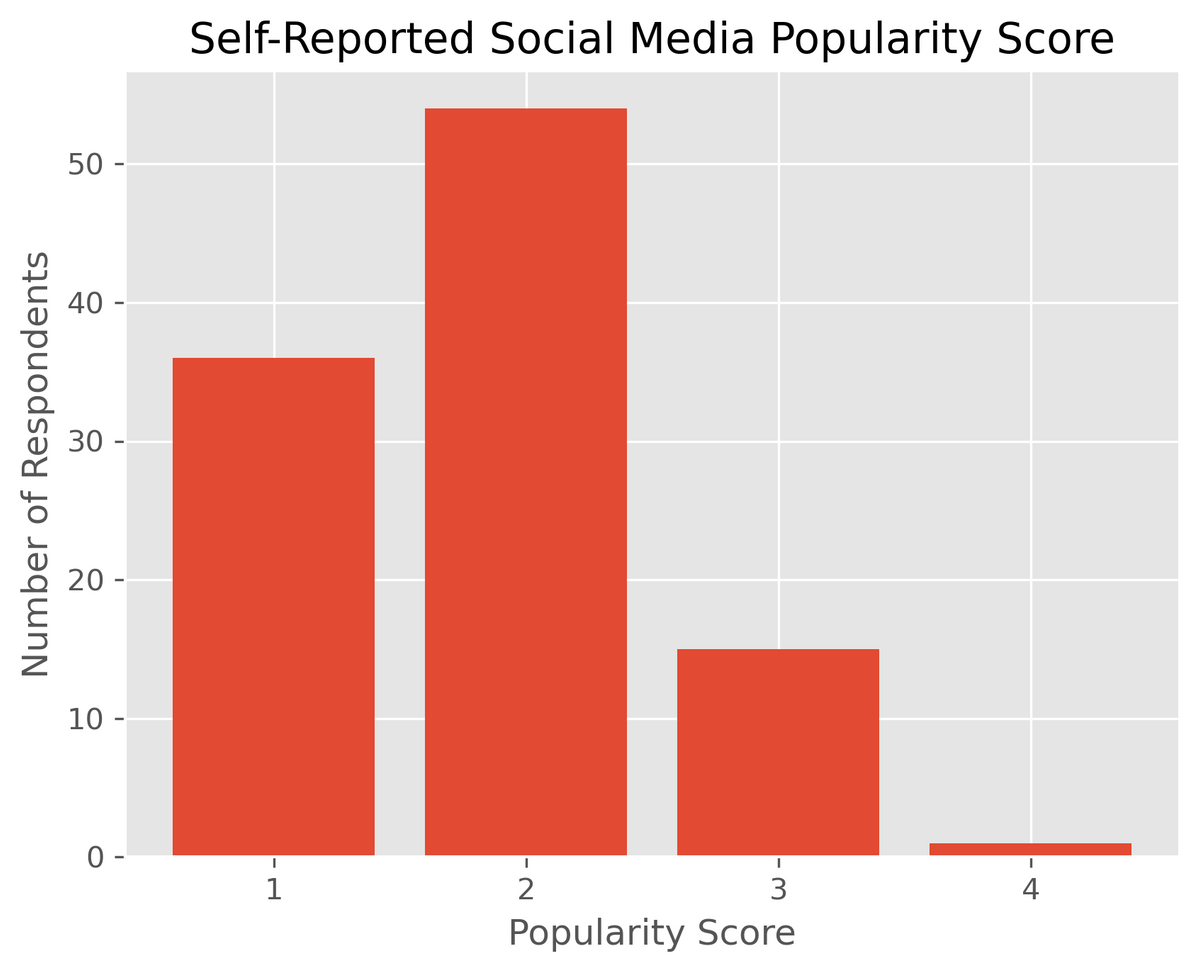 Figure 10: Most students report themselves as a 2 or below on the 0-4 popularity scale .

Given their social media habits, Harvard students seem to be infrequent users of social media—our thoughts on our own popularity reflect that. Regardless of class year, most students provided themselves a rating of 2. 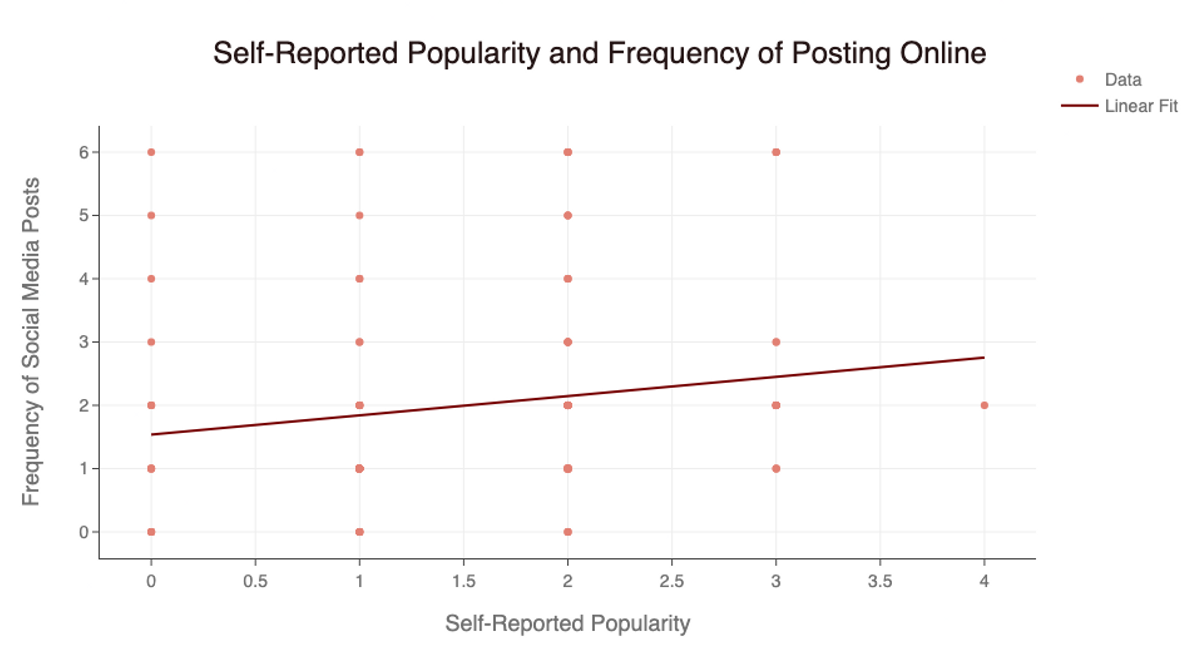 Figure 11: Self-reported popularity is associated with a greater frequency of social media posts (0 is less frequent, 6 is more frequent).

In order to determine how self-reported popularity affects student behavior, we asked students how frequently they posted on any social media platforms (Instagram post, Snapchat story, tweet, etc). We converted these responses to a scale that ranged from 0-6, where 0 was never posting and 6 was posting several times a day. We observed that as self-reported popularity increased, the frequency of posting also increased. This may signify that students who believe they are popular feel the need to post more frequently, or the converse: students are more popular because they post more frequently.

Harvard student social media preferences appear to reflect those of 18-24 year olds across the country: Instagram and Snapchat are regularly used, and TikTok’s popularity is on the rise. Students tend to be on social media about 1 to 4 hours a day, posting rarely and usually looking for entertaining content or staying in touch with friends and family. The release of Fall ‘21 plans has struck hope in the hearts of students because a full return to campus is expected in August and September. While these changes in social media use illustrate a niche set of circumstances, the impact of this time may continue to be visible in future trends.

Thank you to Thuan Tran and Ostap Stefak for the guidance and helping create and deliver the survey.