An analysis of how each of Harvard's houses rank against each other going into Housing Day 2019.

On March 14, 2019, Harvard’s annual Housing Day took place. Before freshmen discovered their homes for the remainder of their time at the College, the Harvard Open Data Project collected data from over 200 freshmen through a survey sent over various email lists and compiled all things housing-related. Students ranked all 12 upperclassman houses from 1 (most desirable) to 12 (least desirable), reported their blocking group size, and recorded other miscellaneous data. 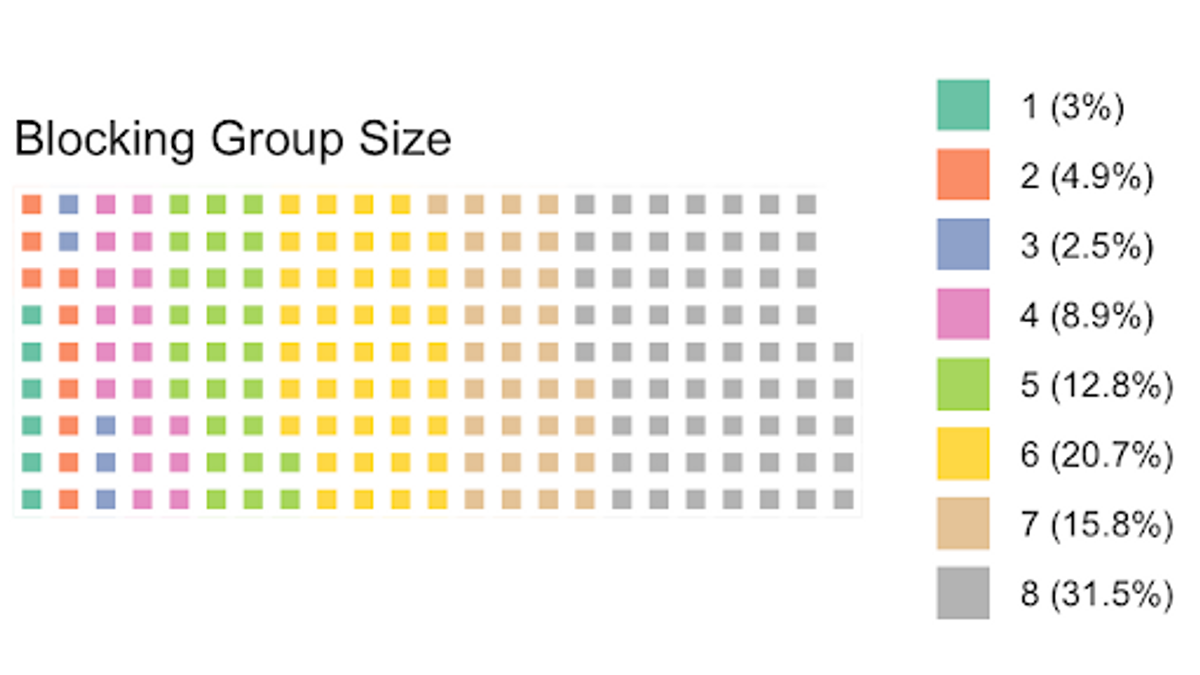 Despite two years of ‘Throp reigning as the most desired and most recently renovated house, with the Lowell’s renovations scheduled for completion at the beginning of next semester, Lowell was finally able to surpass Winthrop this year as the most desired house with a mean score of 2.22, outperforming Winthrop’s mean score of 3.33. Notably, this year’s top three most desired houses (Lowell, Winthrop, and Dunster) have all been renovated within the past five years. Additionally, 58% of respondents ranked Lowell as their number one choice and no student ranked Lowell as their 11th or 12th pick. 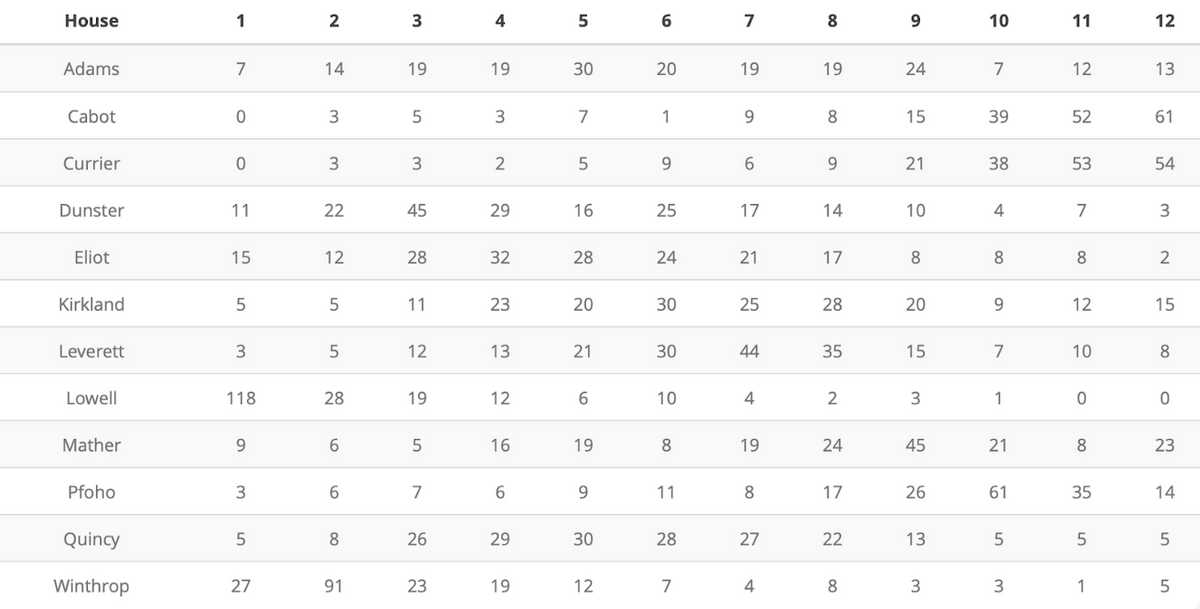 Unsurprisingly, the three Quad houses are ranked last again, although Pforzheimer’s rankings showed a small increase, while Currier and Cabot’s scores decreased when compared to last year’s preferences. 30% of students ranked Cabot last, and 27% of students ranked Currier last, while not a single student ranked Currier or Cabot as their number one choice. Only three students had Pfoho as their top pick. 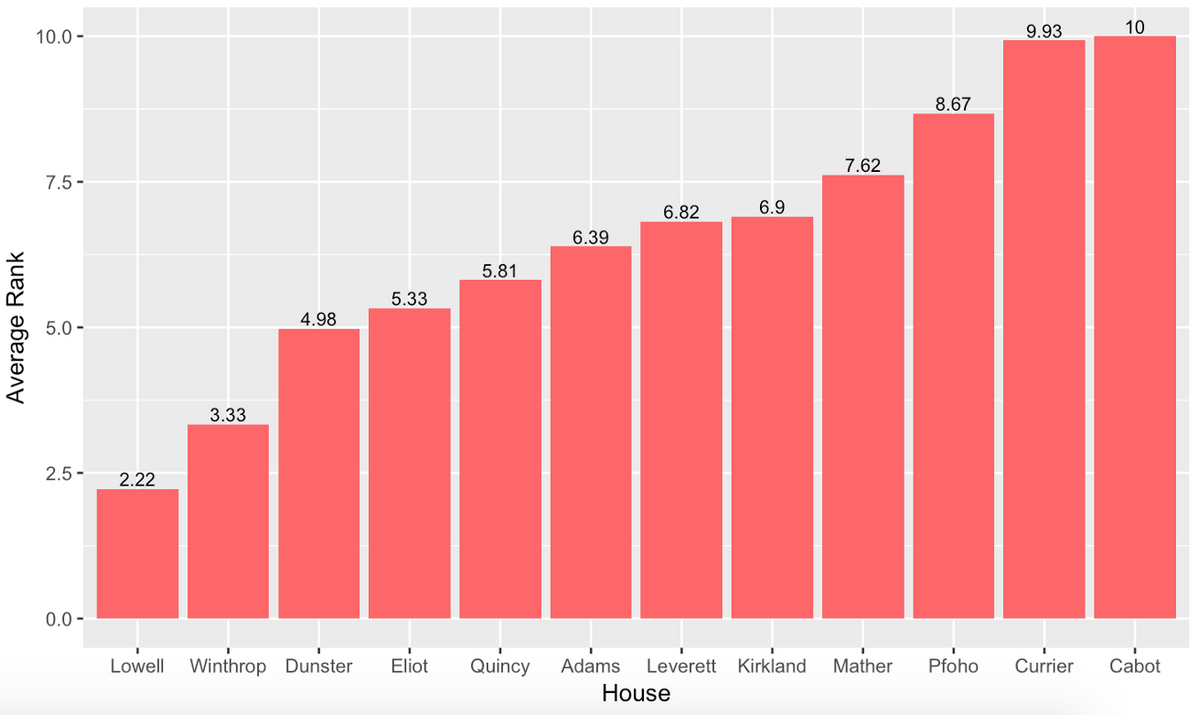 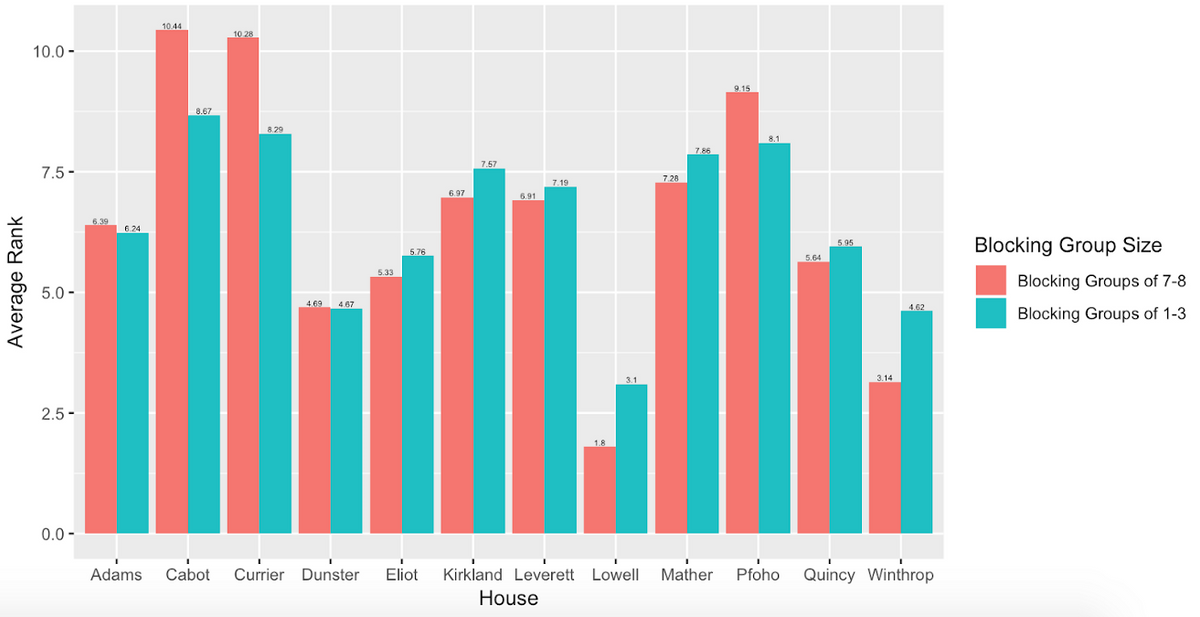 You Miss 100% of the Shuttles You Don’t Make 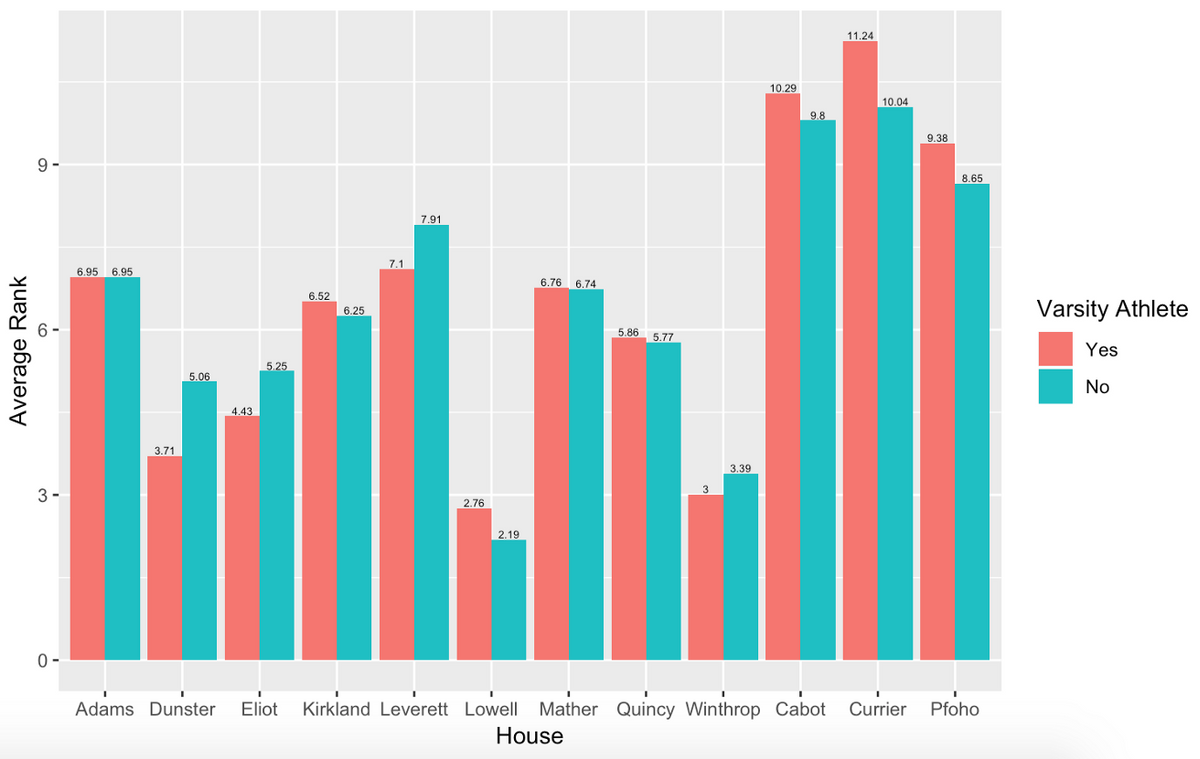 Adams, a house that placed 8th last year with a mean score of 7.59, has shot up to 6th place with a mean score of 6.39. This may be correlated with Adams being the next house slotted for renovations. Some students will receive swing housing for the 2019–2020 school year. Although Adams was able to climb the rankings, it did not experience the same surge that houses like Lowell have received in the past. This may be because Adams renovations are set to happen over the next 4 years, meaning that larger sections of the house will remain open at each time. Thus, rising sophomores will not be able to live in a fully renovated Adams during their time at Harvard, nor are they guaranteed swing housing in 2019–2020. 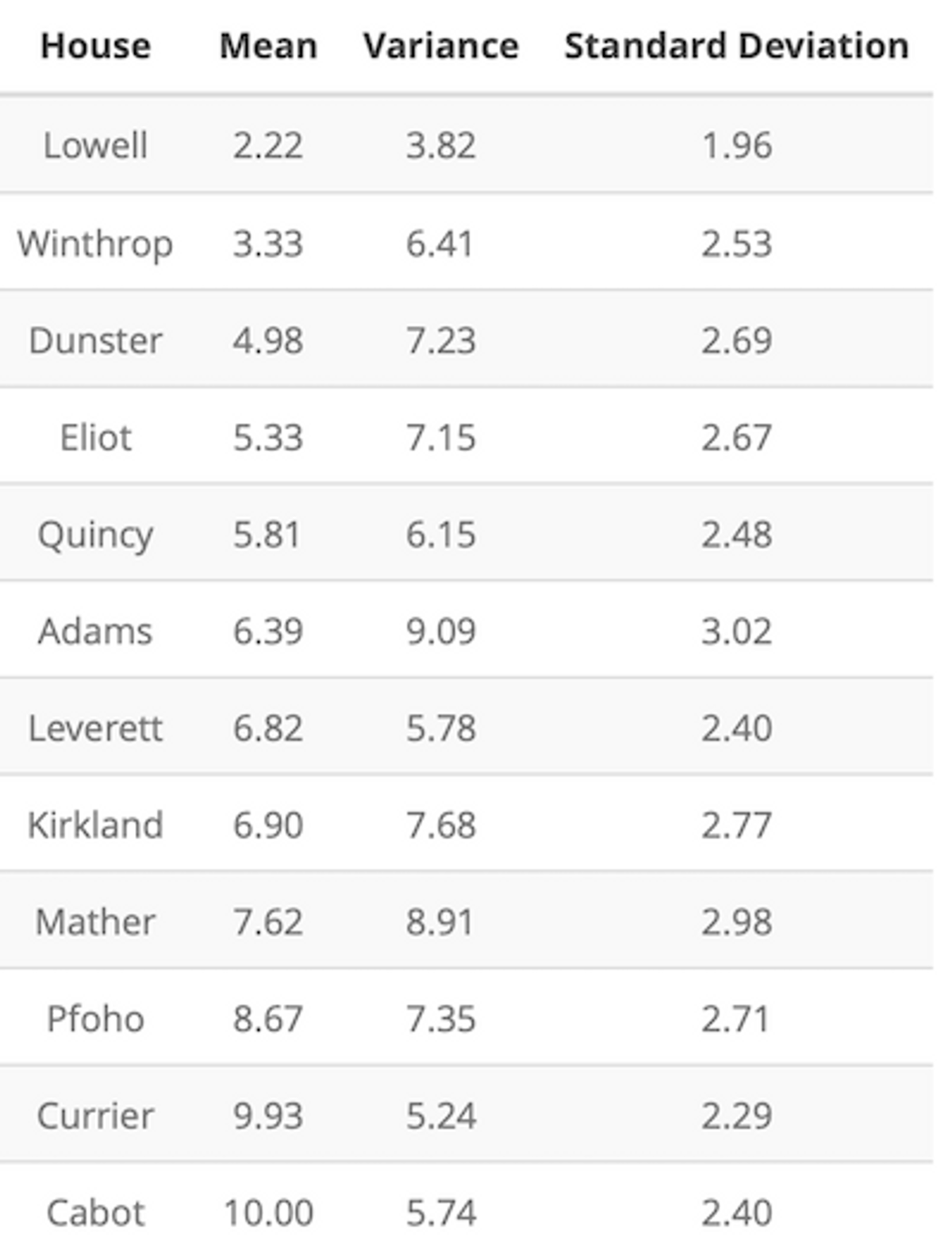 Every House is the Best House!

Whether you find yourself in brand-new Lowell, historic Adams, or even one of the spacious and tight-knight quad houses, you will certainly be in the best house for you! What makes a house a home is not the number of singles or its proximity to the Yard, but the people who live there. Although some students report initial disappointment after being housed, in the end, most students end up preferring the house in which they live. No matter how you felt this housing day, you will soon be storming future freshmen to tell them that they, too, won the lottery.

Harvard’s Most (and Least) Desired Houses Updated: Housing Day 2020
Where Do Harvard Students Want to Live?