From Ec to Tech: How Harvard students are changing concentrations

And what this means for Harvard’s liberal arts education.

Nationwide, STEM (science, technology, engineering, and math) fields are growing like crazy, often at the expense of the arts and humanities. We at the Harvard Open Data Project studied data on Harvard’s concentrations (yes, we know it’s pretentious, but our majors are called “concentrations”) to see if the same trend was playing out in Cambridge. We found that Harvard students are shifting from social sciences to more quantitative fields like applied math, statistics, and computer science to be more competitive on Wall Street, in Silicon Valley, and in data-driven fields.

The Harvard Open Data Project analyzed public datasets on the number of concentrators in each department, the number of degrees awarded in each concentration, and class enrollment across the university. 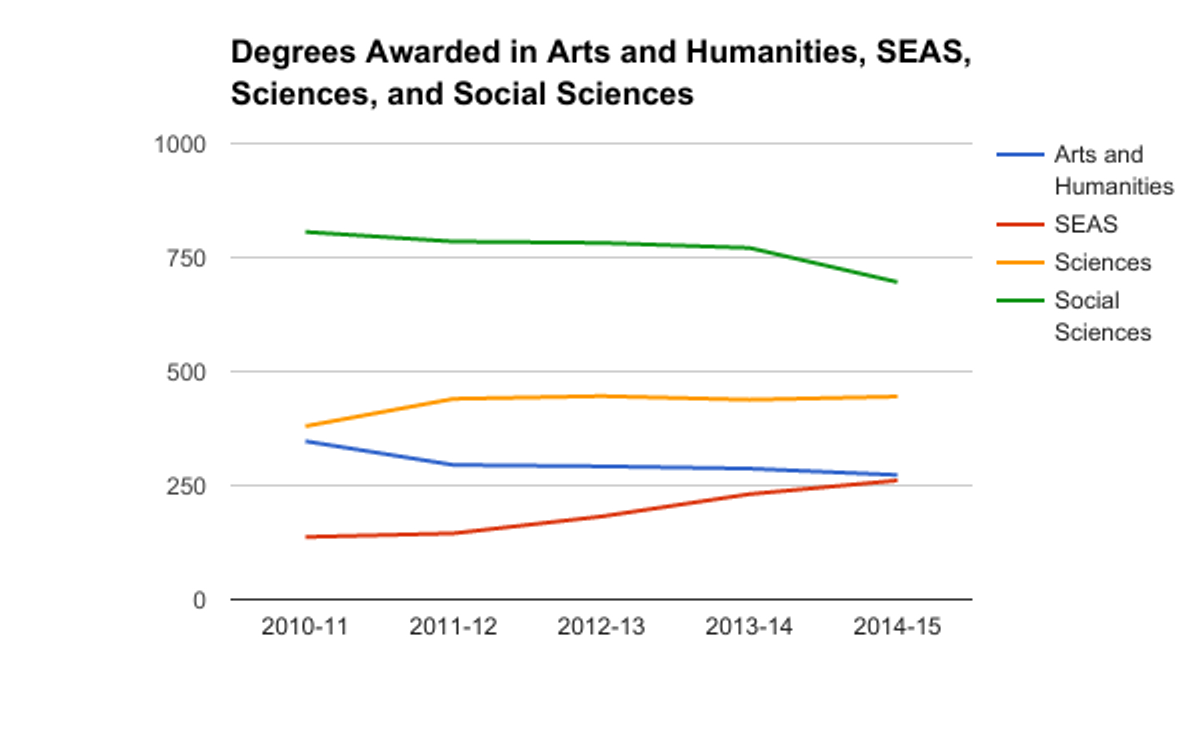 We analyzed concentration data to find out. Here are the changes in the five largest concentrations at Harvard over the last five years for which data is available. 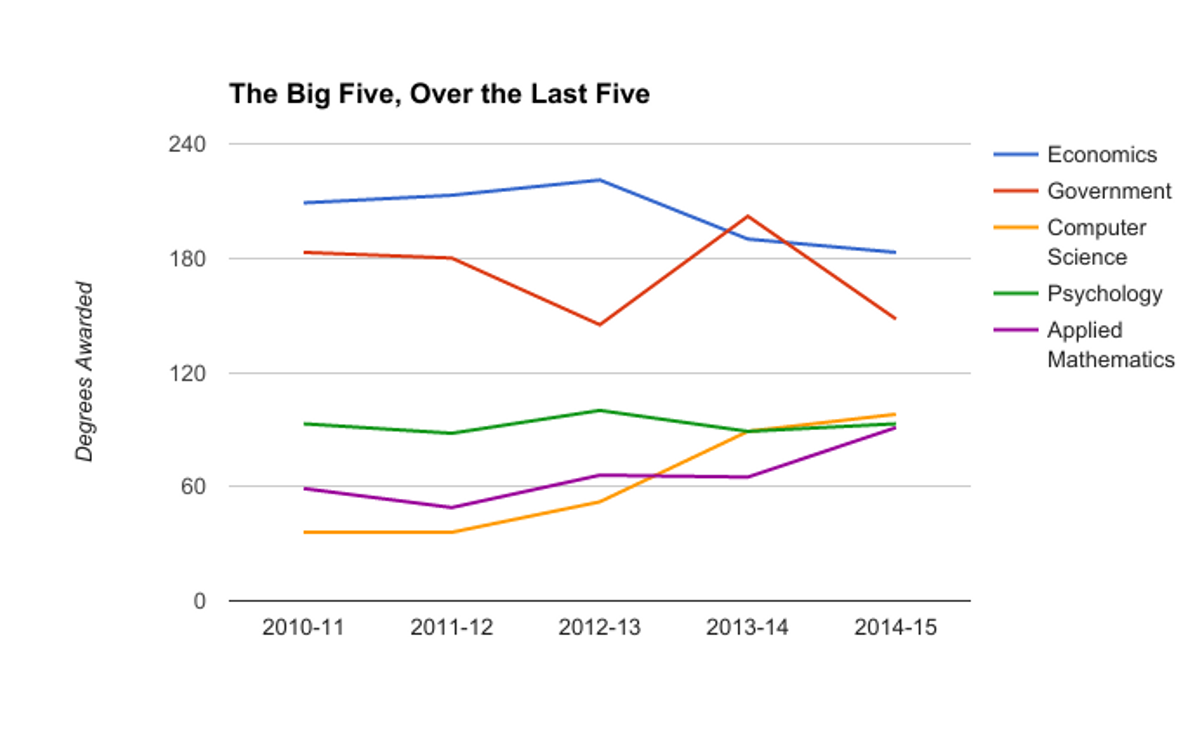 We hypothesize that finance-oriented students who would have concentrated in economics are instead choosing to concentrate in applied math/economics or statistics because these fields involve more quantitative thinking suitable for careers in finance.

Applied math/economics even has its own page on the economics department website, where it is advertised that “the AM/EC ‘marriage’ is a rational one.” The statistics department caters to students interested in finance with a “quantitative finance track” in the statistics concentration, offering classes like STAT 123: Applied Quantitative Finance and STAT 170: Quantitative Analysis of Capital Markets. Other students who were previously attracted to finance for the earning potential and stable employment may see the tech industry as a more desirable alternative, stimulating growth in the computer science department.

We found further evidence of a shift away from economics and other social sciences to more quantitative fields by graphing the fastest growing and shrinking concentrations: 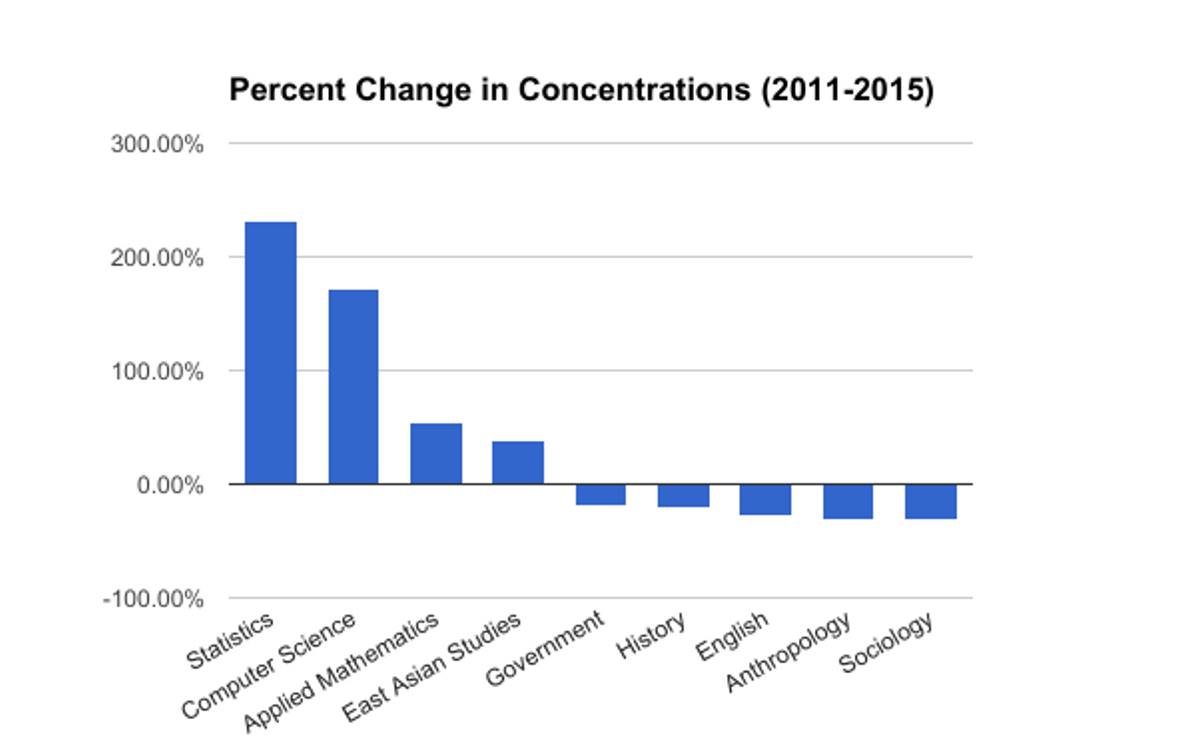 Statistics is the newest and fastest growing field, reflecting student interest in data science, quantitative finance, and, more generally, a quantitative approach to the social sciences. It is possible that the decrease in concentrators of social sciences like sociology, anthropology, government, and history are due to the rising popularity of statistics, since many of these fields rely heavily on statistical models for research. A statistics concentration would give these students a set of technical skills that might make them more employable and better equipped to do research in their fields of interest in the social sciences.

This boom in statistics, computer science, and applied math indicates a shift to quantitative thinking that mirrors the rise of “big data” and the data-driven economy.

Artist’s rendition of the expanded SEAS campus in Allston, MA.

Let’s take a closer look at change within SEAS. Growth in CS and AM is outpacing growth in the engineering concentrations, at 76% and 71% respectively. SEAS has changed from 31% to 28% engineering concentrators. While these numbers may seem insignificant at first glance, this downward trend is alarming given that Harvard is building a huge new campus in Allston, MA to house SEAS. This campus is designed to expand engineering facilities, labs, and maker spaces to compete with Stanford’s and MIT’s, but these sizable investments appear to be directed at a population of engineers that is growing slower than the rest of SEAS — with only 72 concentrators in 2015 compared with 219 concentrators in AM and CS.

The decrease in the proportion of engineering concentrators relative to AM/CS concentrators is concerning since most of the facilities Harvard is investing in, such as the Allston expansion, are geared toward engineers.

It’s very possible that Harvard can make great strides in growing the engineering concentrations in the next three years before the Allston campus opens, but it would be unfortunate if the new campus is underutilized with CS and AM growth continuing to overshadow engineering growth.

What do these shifts mean in the context of the Harvard undergraduate experience — the liberal arts education? 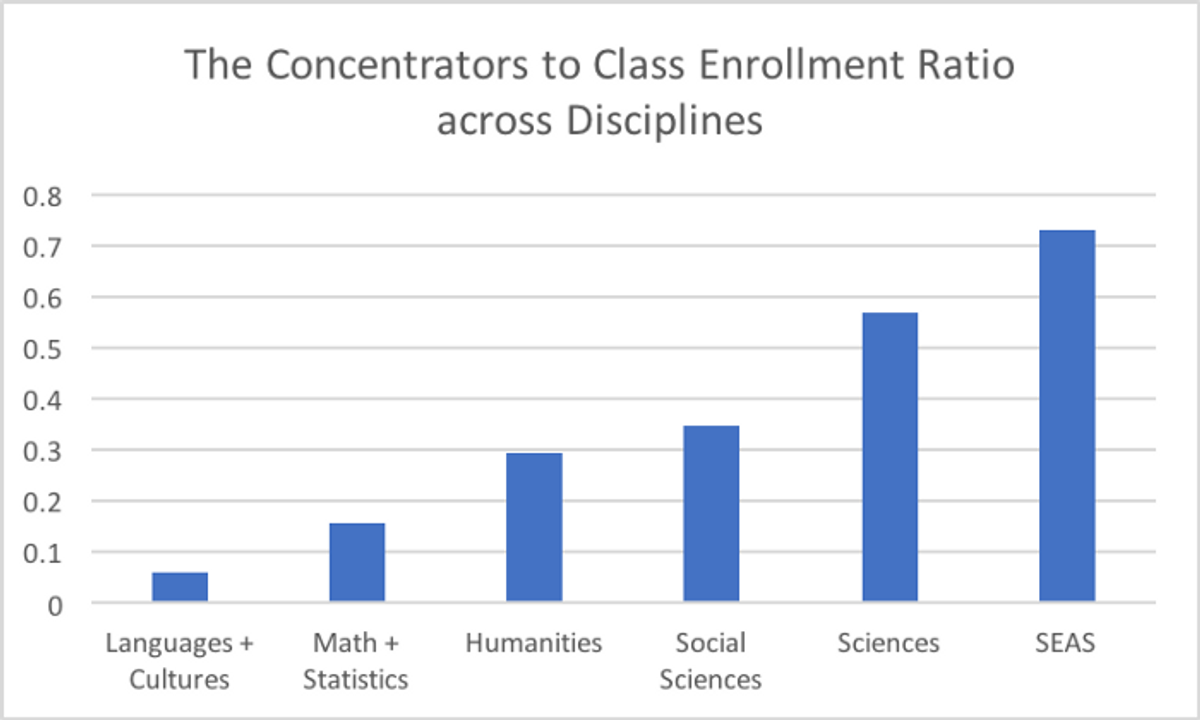 For an average course in each of these fields, what proportion of students are concentrators? The lower this proportion, the more students take it as an elective.

We see a significant drop off of the concentrator to class enrollment ratio in natural sciences classes — probably due to pre-med requirements that cause many non-science concentrators to take science classes. Barely any students taking language and culture classes or math and statistics classes will end up concentrating in them. This makes sense since Harvard has a foreign language requirement, and many concentrations require math or statistics, so many non-concentrators have to take these classes.

This data suggests that SEAS and sciences classes might be less accessible to non-concentrators — but that’s also intuitive, as many of these classes have technical prerequisites where English, history, or social studies classes don’t.

When the new Allston campus opens, we can expect to see even less cross-enrollment between humanities/social science classes and SEAS classes since students would have to take a shuttle or walk roughly a mile to get to class. The geographic split between SEAS students and the rest of Harvard is problematic for the “liberal arts education” Harvard claims to value. 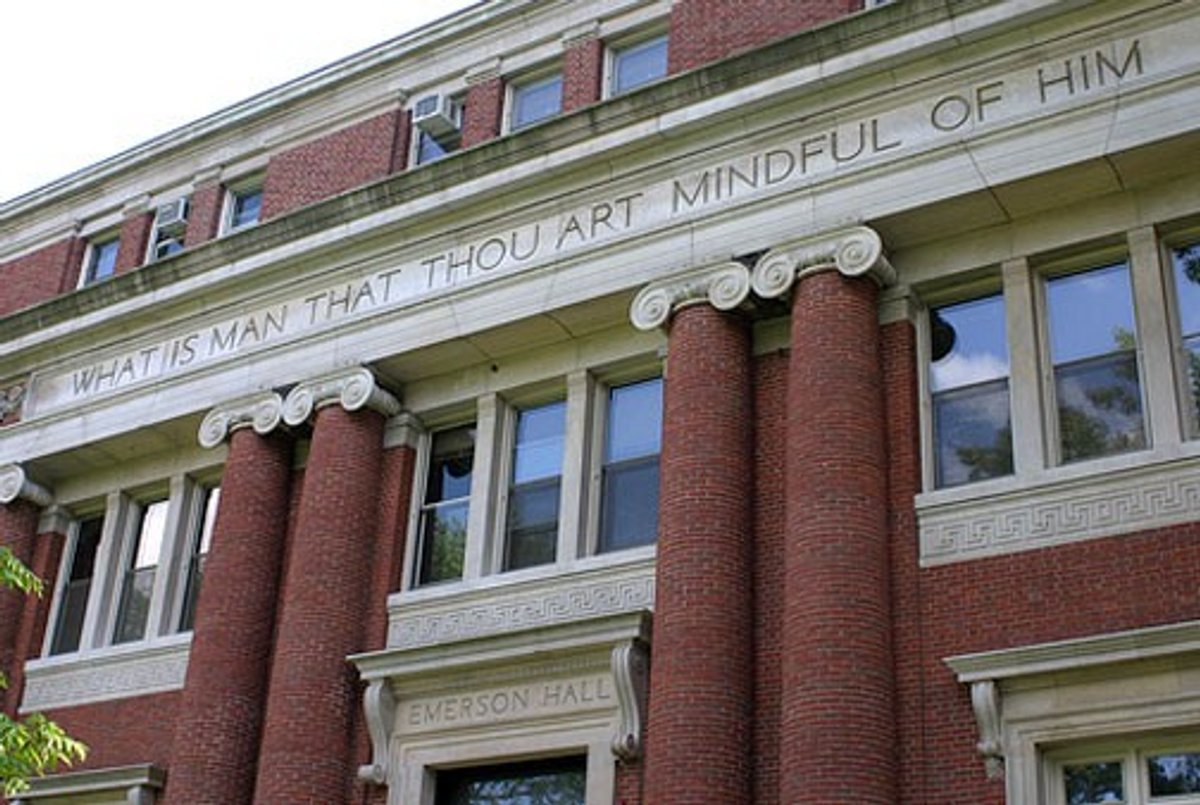 To briefly recap, SEAS is growing, but not how we’d expect it to as the new Allston campus for the engineering school is set to open in 2020. Instead of a growing population of engineers, we have a booming population of statistics, applied math, and computer science concentrators. This significant shift from social sciences to more quantitative fields is probably driven by would-be economics students interested in finance opting for applied math/economics or quantitative finance instead.

This growing pre-professionalism aimed at the finance and tech industries is problematic for the Harvard’s liberal arts education, especially since Harvard will be geographically split between the Allston SEAS campus and the Yard starting in 2020.